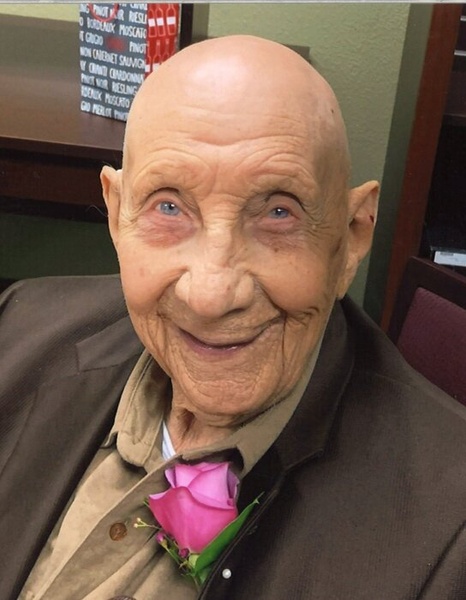 Funeral services for Edwin Milton Johnson,  96, of Albert  Lea will be at 2pm Tuesday at Bayview Freeborn Funeral Home.  The Rev. Ost will officiate. Internment will be at Greenwood Cemetary following the funeral.  Visitation will be 4 to 6 pm Monday at the funeral home. Social distancing guidelines of no more than 10 people in the funeral home will be observed at both visitation and funeral. Online condolences are welcome at www.bayviewfuneral.com.

Edwin died peacefully Wednesday afternoon, May 6th, 2020 at St. Therese in New Hope, Mn where he was loved and cared for. He was able  to have Gaylen and Kathy by his side when he passed.

Eddy was born October 22,1923 in Albert Lea, to Martin and Clara (Listule) Johnson. He served in the U.S. Navy during WWII training as Underwater Demolitions Team then as a Gunner on a Higgins Boat aboard  the USS Weiss.  He served in both Atlantic and Pacific Theatres from 1944 to 1946 when he was Honorably Discharged. Edwin went on the Southern Minnesota Honor Flight accompanied by his son in October, 2010.

On September 9, 1951, Edwin married Sylvia Marie Christenson. Eddy worked in highway maintenance for Freeborn County Highway Department before joining Minnesota Department of Transportation. He retired from MNDOT in 1986 and enjoyed farming throughout his life.

Eddy was a lifelong resident of Albert Lea and a member of the American Legion, VFW and Grace Lutheran Church.

Edwin loved working with antique tractors, cars and farm equipment.  He loved attending steam shows and car shows with family and friends. As of late, he will be remembered for sitting in his driveway watching traffic and visiting.

Edwin was preceded in death by his loving wife,  Sylvia; his parents; brother Clifford and half-brothers Melvin and Levander.

Memorial contributions can be made to Grace Lutheran Church, Twin Cities  Honor Flight or Greenwood Cemetary.

To order memorial trees or send flowers to the family in memory of Edwin Johnson, please visit our flower store.