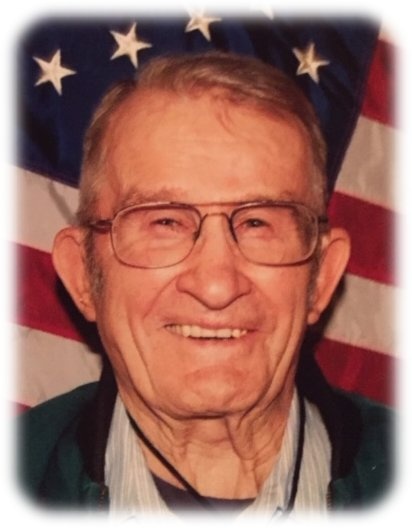 Funeral services for Edwin Plantage, Sr. age 90, of Albert Lea, will be held at 2:00 p.m. on Saturday, May 4, 2019 at Trinity Lutheran Church.  Pastor Eileen Woyen will officiate. Interment will be at Hayward Cemetery.  Military honors will be accorded by local veteran organizations. Visitation will be from 5:00-7:00 p.m. Friday, May 3 at Bayview/Freeborn Funeral Home and one hour prior to the service at the church on Saturday. Online condolences are welcome at www.bayviewfuneral.com.

Edwin Plantage was born on May 21, 1928 in Ashton, Iowa, the son of Gerrit and Jennie (Pater) Plantage.  At the age of five, the family moved to a farm near Sargeant, Minnesota.  He attended a rural school by Sargeant. On August 6, 1952, Ed was united in marriage to Virginia Mae Westland at Hayward Lutheran Church. He served in the Army-Air Force and the Air Force Reserves for 24 years including time in Virginia, North Carolina, Texas, Panama, Germany, England, and Italy. Ed was a truck driver and worked at RILCO which became Weyerhaeuser.  He along with nine other employees then bought the business and reopened it as Alamco Wood Products.  Ed was a member of Trinity Lutheran Church along with the American Legion Post 56, the N.R.A., and the National Reamer Collectors Association. He enjoyed hunting, fishing, visits to Branson, Molly B. Polka Party, carving, tinkering in the garage, collecting reamers, and feeding the birds. Ed loved visiting with the kids and grandkids and watching old western movies.  In his healthier days, Ed enjoyed helping his kids with their projects like building a home or adding an addition to an existing one.

To order memorial trees or send flowers to the family in memory of Edwin Plantage, please visit our flower store.