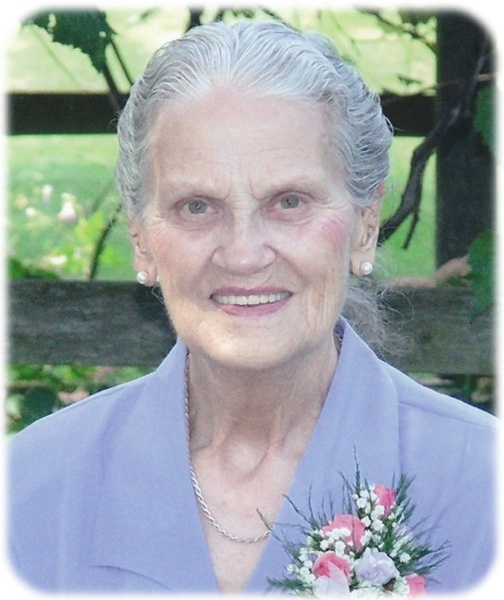 Funeral services for Elinore M. Possin, age 92, of New Richland, Minnesota, will be held at 11:00 a.m. on Saturday, November 11, 2017 at the Church of Jesus Christ of Latter Day Saints, 1001 9th Ave. SE, Waseca, Minnesota.  President Bradley Donnor will conduct the service. Interment will be at St. Peter Cemetery in New Richland.  Visitation will be one hour prior to the service on Saturday.

Elinore died Sunday, November 5, 2017 at The Beacon in New Richland.

Elinore M. Possin was born September 16, 1925 in Blue Earth, Minnesota, the daughter of Julius and Martha (Martin) Prescher.  She attended school in Wells and then Blue Earth, when the family moved there.  On June 23, 1944, Elinore married Erwin F.W. Possin in Mapleton, MN. Elinore and Erwin farmed near New Richland.  After retirement, they lived in Hartland.  Later she moved back to the farm before moving into The Beacon in New Richland.  Elinore enjoyed genealogy and family history, reading, gardening, and traveling.  She was a member of The Church of Jesus Christ of Latter Day Saints.  She spent time volunteering at the New Richland Care Center.

Elinore was preceded in death by her parents, husband, seven brothers, five sisters, and 2 great-granddaughters.

To order memorial trees or send flowers to the family in memory of Elinore M. Possin, please visit our flower store.