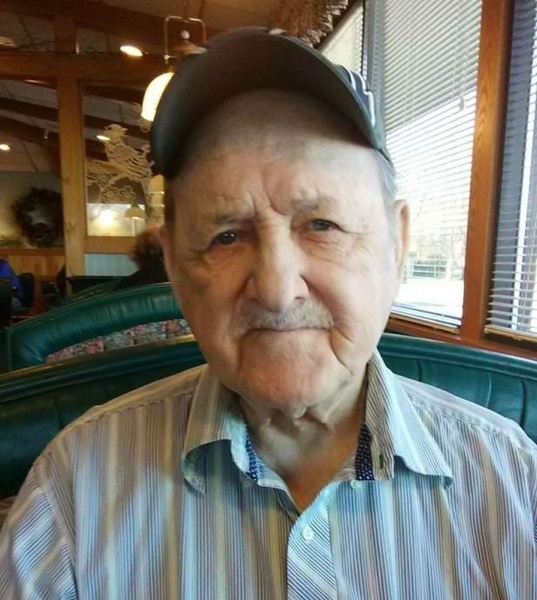 Elmo was born in Kiester, Minnesota on April 20, 1926. His parents were Thomas and Louise (Fosness) Hedum.  He married Marvel Horntasch on January 23, 1947, in Wells, MN.  Together, they had three children: Kyle, Kim, and Kevin.

He served in the Army during World War II and received the Purple Heart.  After serving, he worked at Wilson & Company until his retirement.  In his spare time throughout his life he did all sorts of carpentry work which he enjoyed.   He enjoyed listening to country music, fishing, bowling, gardening, and traveling.  He especially cherishes the time he spent with his children and grandchildren.  He was a member of both the VFW and American Legion.

Elmo is preceded in death by his wife Marvel, along with eight brothers and two sisters.

To order memorial trees or send flowers to the family in memory of Elmo Donald Hedum, please visit our flower store.