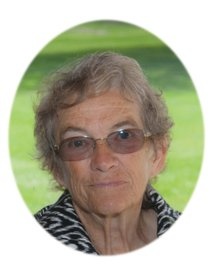 Funeral services for Elsie Vander Stoep, age 81, of Hollandale, will be held at 10:30 a.m. on Monday, December 12, 2016 at Hollandale Christian Reformed Church.  Rev. Wendell Davelaar will officiate. Interment will be at Hollandale Cemetery.  Visitation will be 2:00-4:00 p.m. on Sunday, December 11 at Bayview/Freeborn Funeral Home and one hour prior to the service at the church on Monday. Online condolences are welcome at www.bayviewfuneral.com.

Elsie died peacefully on Thursday, December 8, 2016, at Thorne Crest Senior Living Community in Albert Lea, MN from complications due to Alzheimerâ€™s with family at her side.  She is now on her greatest adventure ever.

Elsie Vander Stoep was born on February 14, 1935 to Edward and Lucy (DeRaad) Wynia in Hollandale, MN. She attended schools in Hollandale and Albert Lea, graduating from ALHS. She was united in marriage to John Vander Stoep on August 24, 1955. She lived in the Hollandale and Geneva area all her life.  She was a member of the Hollandale Christian Reformed Church. Her faith and love in God and her Savior Jesus Christ was always a source of strength and comfort to her. Elsie had a compassionate and generous nature which her family and friends where often recipients. Elsie and John loved to travel in their motorhome. They traveled all around the U.S. and Canada including Alaska and Grand Rapids, Manitoba. Traveling also took them to Mexico and Hawaii. Elsie was an avid fisher-woman and hunter and was always at Johnâ€™s side through every adventure.

Thank you to Thorne Crest and Hospice Staff for such wonderful care.
To order memorial trees or send flowers to the family in memory of Elsie Vander Stoep, please visit our flower store.