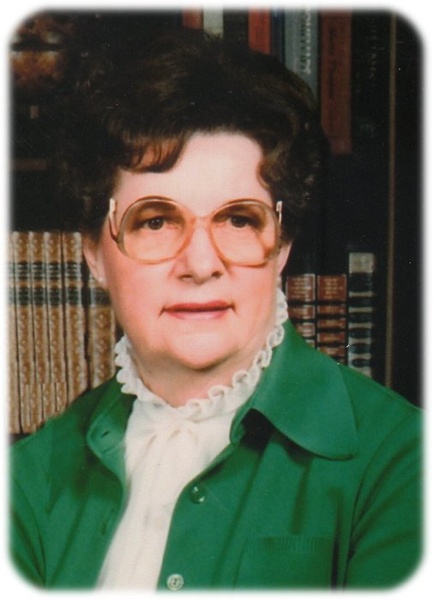 Memorial services for Esther Bernice Satre, age 99, of Albert Lea, will be held at 2:00 p.m. on Saturday, November 3, 2018 at Bayview/Freeborn Funeral Home.  A private family interment will be at Hillcrest Cemetery.  Friends may greet the family one hour prior to the service at the funeral home on Saturday. Online condolences are welcome at www.bayviewfuneral.com.

Esther Bernice Satre was born September 29, 1919 on the family farm in Eden Township, Winnebago County, Iowa to Bernt “Ben” and Anna (Herem) Gullord.  She was baptized and confirmed at Zion Lutheran Church in Rake, Iowa.  Bernice attended rural school and Rake High School.  On March 30, 1938, Bernice married Harvey P. Satre in Elmore, Minnesota.  They moved to Albert Lea in 1939.  Harvey died in 2006.  Bernice worked part-time at Montgomery Ward for several years and went to work for Wallace’s in 1955. She retired in 1985.  Bernice was a member of First Lutheran Church, Mission Circle, and the Eagle’s Auxiliary.  She was a member of the Naeve Hospital Auxiliary and a volunteer in the hospital gift shop.

Bernice was a fan of classic movies, she enjoyed reading novels, and taking fishing trips in northern Minnesota with Harvey, and playing Bingo. In retirement, Bernice and Harvey liked to visit their family in Colorado and they spent several winter months in Arizona.  The highlight of their travels was a trip to Europe, especially touring Norway. Bernice moved into an assisted living apartment in Knutson Place at St. John’s Lutheran Community in Albert Lea in 2006 and spent the rest of her life at St. John’s.

Bernice was preceded in death by her husband, parents, two brothers, Archie and Clarence, and two sisters, Dora Ryg and Arvilla Drake.

To order memorial trees or send flowers to the family in memory of Esther Bernice Satre, please visit our flower store.