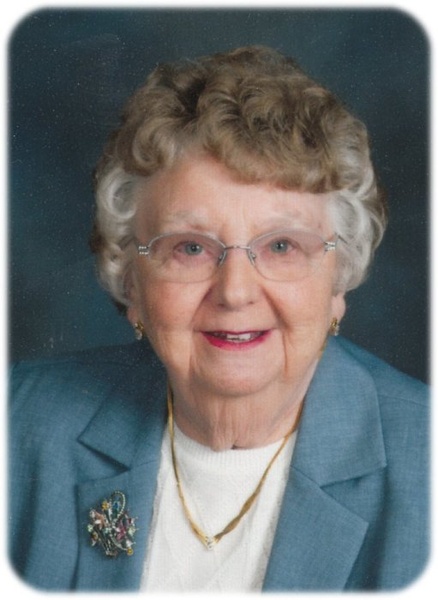 Funeral services for Evangeline A. Landaas, age 91, formerly of Albert Lea, will be held at 1:00 p.m. on Saturday, September 22, 2018 at Bayview/Freeborn Funeral Home.  Rev. Kent A. Mechler will officiate. Interment will be at Woodland Hills Cemetery in Mankato.  Visitation will be one hour prior to the service at the funeral home on Saturday. Online condolences are welcome at www.bayviewfuneral.com.

Evangeline Anna Landaas was born May 7, 1927 in a log cabin in Sibley County near Henderson, Minnesota to John and Minnie (Mahnke) Bathen.  She was baptized in Hamburg Lutheran Church near Hamburg, Minnesota and confirmed in St. Paul’s Lutheran Church in New Ulm, Minnesota.  Vange was united in marriage to Ruben Hauert on April 29, 1944.  Ruben died in 1978.  Vange married Oscar Landaas in October of 1979.  She was a member of St. Paul’s Lutheran Church of Conger where she was active in the circle.  She loved bowling, fishing, and hardanger embroidery.  Vange was a drapery seamstress for Damon’s of Mason City and then self-employed for Wallace’s and Vi’s Drapery in Albert Lea.  She was a member of the Auxiliaries of the Legion, V.F.W., and Disabled American Veterans. She was also a member of TOPS Chapter 979, Twin Lakes Senior Citizens, Elks, and Albert Lea Seniors.

To order memorial trees or send flowers to the family in memory of Evangeline Anna Landaas, please visit our flower store.