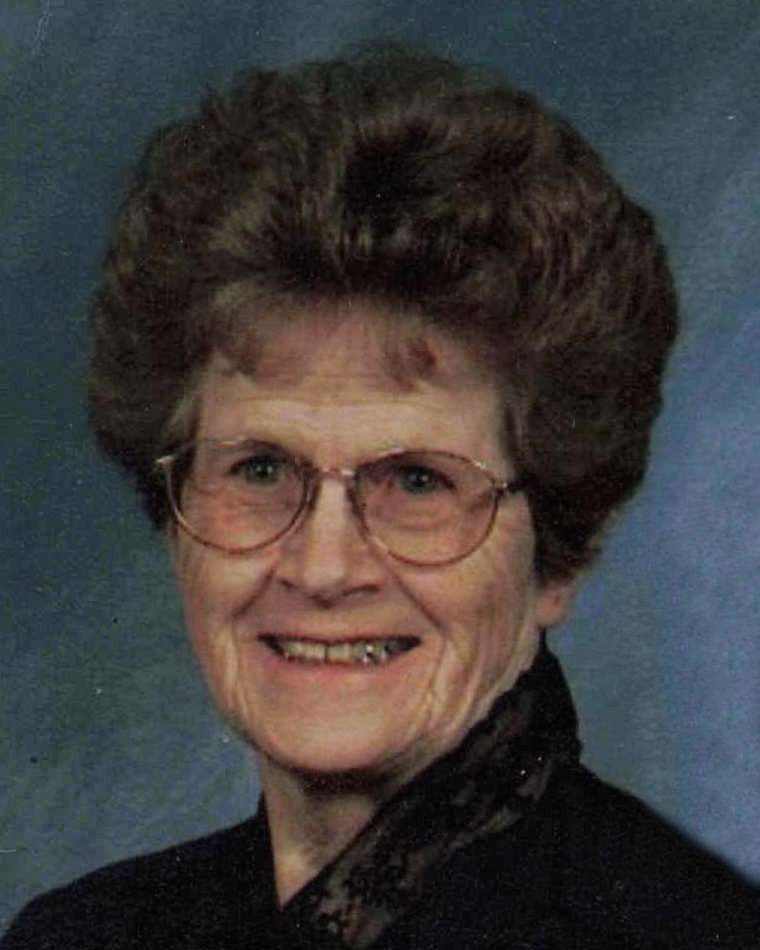 Evelyn (Evie) LaVaune Mellum Gore (age 93) passed away early Tuesday morning Jan. 17, 2023 in Mason City Iowa.  A memorial service will be held on Saturday, January 28, 2023 at the First Lutheran Church of Glenville, MN at 10am.  Immediately following the service there will be a time for fellowship at the church.  Pastor Kent Otterman will be officiating.

She was born April 3, 1929 near Kensett, Iowa to Edward and Amelia Mellum.  She attended school at District#52 “Corner” School near Glenville, MN and Albert Lea High School.  Evelyn worked for Encyclopedia Brittanica in Chicago, IL. until her marriage to Claude “Sparky” Gore after which they moved to Glenville, MN and operated “Sparky’s Standard Service” gas station until 1972.

Evelyn and her husband Sparky enjoyed snow birding in Mesa, AZ with many friends from around Glenville/Albert Lea, MN area.

In 2010, she and her husband moved to Mason City to live in The Manor (Senior Living Housing).  Evelyn enjoyed playing cards, decorating the front entrance of the Manor, and keeping busy with the many friends she made there.

Evie enjoyed her grandchildren, flower gardening, sewing, oil painting, reading, hand-work, snowmobiling, trap shooting, and all her many friends.  She was a remarkable oil painter and left many beautiful remembrances for her family to enjoy.

To order memorial trees or send flowers to the family in memory of Evelyn Gore, please visit our flower store.