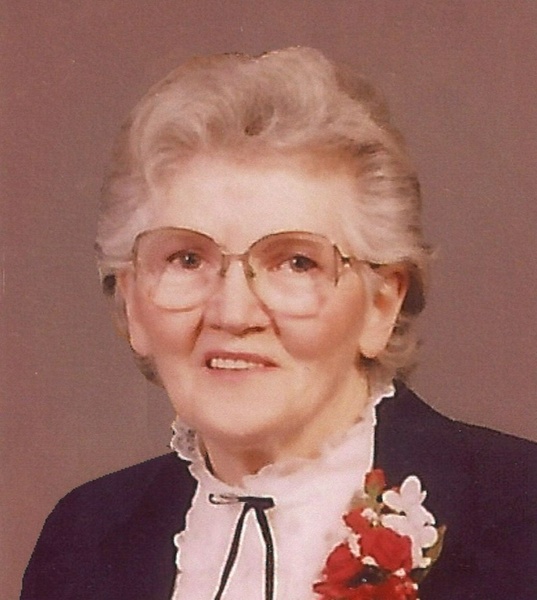 Ferne Libbie (Myers) Virchow, 93, of Glenville, MN, passed away on Sunday, October 31, 2021. A Celebration of life will be held at 11AM on Thursday, November 4, 2021 at Bayview/Freeborn Funeral Home with Rev. Kent Otterman presiding. Visitation will be one hour prior to the services. Interment will take place at Greenwood Cemetery in Glenville, MN.

Ferne was born at home in Dunn County, Tiffany Township, Boyceville, Wisconsin on the evening of July 4, 1928 to James F. and Mabel (Jones) Myers. She made her appearance after the fireworks to create her own excitement and was given her grandmother’s Libbie’s name for her middle name.

Ferne married Glenn Virchow on August 18, 1946 and the couple would make their home on the Virchow farmstead near Northwood, IA. She worked alongside her husband doing many outdoor farm chores and she raised bantys, chickens, ducks, geese (with some becoming a meal served at the table), and even milked the cows.

Later years she sold Avon, worked at restaurants and at the Lutheran Retirement Home in Northwood, IA where she would retire at the age of 77.

Ferne enjoyed many bus trips and even flew for the first time to Alaska which she said was not bad. Ferne was a seamstress and made wedding dresses and crocheted many crosses and United States afghans.

In October 1973, an important life changing event would happen when Ferne attended a Lowell Lundstrom Crusade in Albert Lea where she realized her need for a personal relationship with her Savior and surrendered her life to Him.

To order memorial trees or send flowers to the family in memory of Ferne Libbie Virchow, please visit our flower store.