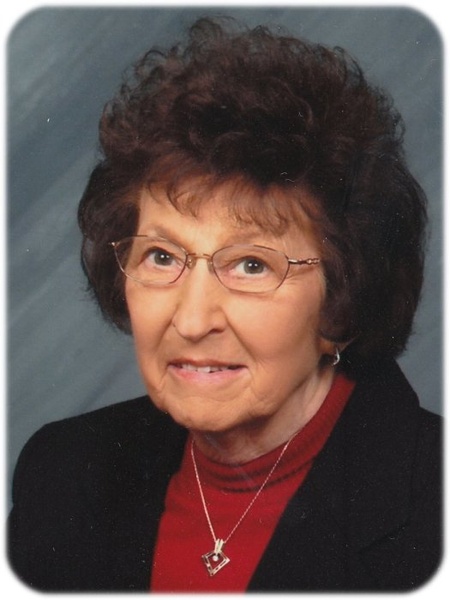 Funeral services for Frances Marcia Blakestad, age 89, of Albert Lea, will be held at 11:00 a.m. Tuesday, April 3, 2018 at St. Theodore Catholic Church, with a Rosary at 10:00 a.m.  Father Kurt Farrell will officiate. Interment will be at Fairview Cemetery in Hayfield, Minnesota at 1:45 p.m. on Tuesday.  Visitation will be from 5:00-7:30 p.m. Monday, April 2 at Bayview/Freeborn Funeral Home and from 10:00 a.m. until the start of service at the church on Tuesday. Online condolences are welcome at www.bayviewfuneral.com.

Frances Marcia Blakestad was born December 27, 1928 in Owatonna, Minnesota, the daughter of Joseph and Dorothy (Houdek) Renchin.  She grew up near Hayfield and graduated from Hayfield High School.  After graduation, she attended beauty school.  On November 14, 1949, Fran was united in marriage to Irvin ‘Roger’ Engen in Hayfield.  To this union, one son was born. Roger died in 1951 as a result of a plane crash.  On December 27, 1952, she was united in marriage to Roger Blakestad at St. Theodore’s. To this union, three daughters were born.  Fran worked as a beautician for 69 continuous years at various nursing homes and a shop in her basement until the time of her passing.  She was a member of St. Theodore’s, where she had been active in guild, and a past member of the Eagles.  Fran loved the outdoors, especially her flowers and gardening, cleaning her home, reading, and solving puzzles.

To order memorial trees or send flowers to the family in memory of Frances Marcia Blakestad, please visit our flower store.