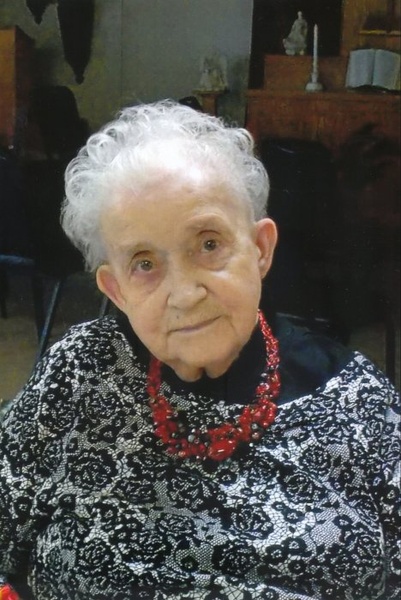 Frances Pauline Nelson (Weiss) was born September 21, 1924 in Brookings, South Dakota to Bernard and Ella (Pech) Weiss. Shortly after her birth, she moved to Carrington, North Dakota. When Frances was in the eighth grade, she moved again to Glenville, MN. She graduated from Albert Lea High School. Frances was united in marriage to Carl Nelson on September 14, 1944. The couple made their home in Glenville where Frances worked at Citizens State Bank of Glenville until retiring in 1998. Frances passed away September 24, 2019 having reached the age of 95 years.

Frances was a member of First Lutheran Church in Glenville. She enjoyed crocheting, quilting, sewing cross stitching and going to the casino. She also enjoyed travelling having visited 8 countries in Europe and as well as Hawaii and Alaska. She especially enjoyed spending time with her family.

To order memorial trees or send flowers to the family in memory of Frances Nelson, please visit our flower store.