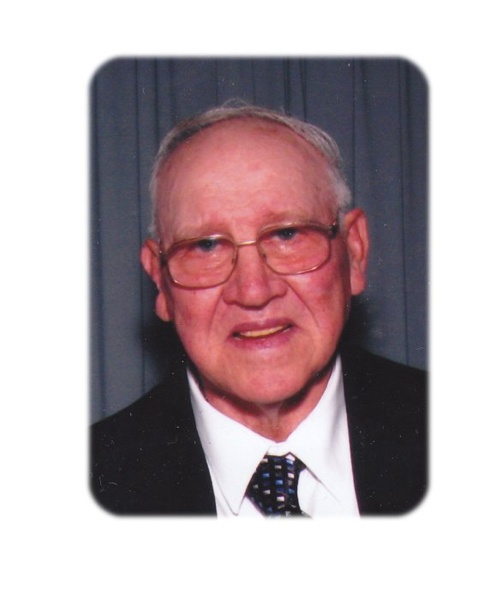 Funeral services for Fred C. Ziebell, age 87, of Glenville, will be held at 10:30 a.m. on Thursday, April 13, 2017 at Bethlehem Lutheran Church.  Rev. David Efflandt will officiate. Interment will be at Pilgrim’s Rest Cemetery. Military Honors will be accorded by local servicemen’s organizations. Visitation will be 5:00-7:00 p.m. on Wednesday, April 12, 2017 at Bayview/Freeborn Funeral Home and one hour prior to the service at the church on Thursday. Online condolences are welcome at www.bayviewfuneral.com.

Fred C. Ziebell was born on November 6, 1929 in London Township to Otto and Bernice (Cipra) Ziebell.  He was a lifetime member of Bethlehem Lutheran Church.  Fred served in the U.S. Army from 1951 to 1953.  He spent time in Korea and Japan during the Korean War. Fred was proud to have received his 15-gallon pin for donating blood to the Red Cross. On September 18, 1954 he was united in marriage to Lois Rindels at Bloomfield Church in Ostrander.  Fred farmed in London Township all his life and did carpentry work, making many pieces for children and grandchildren and many friends.  He retired in 1991. Fred belonged to the American Legion in Glenville where he was a previous Chaplain and Commander. He served on Church Council, was Treasurer of Pilgrims Rest Cemetery, spent 15 years as Supervisor on London Township Board, and was a member of Grapevine Twist Square Dance Club for 20 years. Fred enjoyed woodworking, hunting and trapping, traveling, playing any kind of cards, rug weaving, jig saw puzzles, playing on the computer, and word search books.

To order memorial trees or send flowers to the family in memory of Fred Carl Ziebell, please visit our flower store.