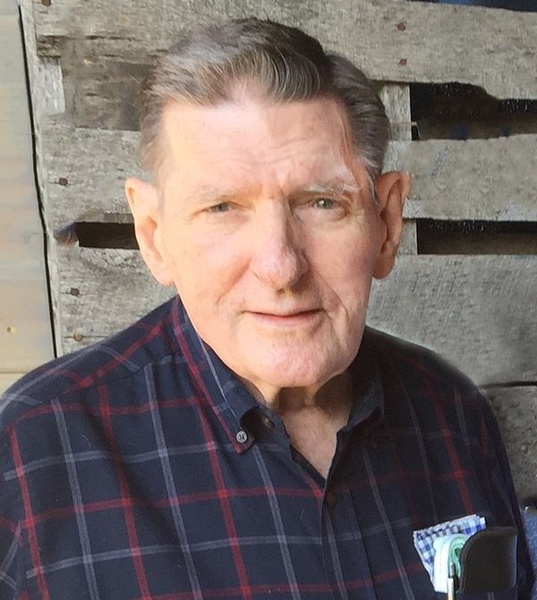 Frederick (Fred) Edward Moller, age 81, passed away on September 2, 2022 at Prairie Manor Care Center in Blooming Prairie, MN with family at his side.

Fred was born on June 30, 1941 in Albert Lea, MN to Fridtjof and Cleone (Roupe) Moller. The family soon moved to Utah and lived there for several years. It was then that he acquired his love of the mountains and horses. The family returned to Albert Lea when he was 15. Fred attended Glenville High School where he met his future wife Judith (Judi) Woodard and graduated in 1959.

He began working at Universal Milking Machine in 1959 where he installed milking systems and later became a Tool and Die Maker until Universal closed in 1985. He served as president of United Steelworkers of America Local #3842 for several of those years. After Universal closed, he attended Riverland Community College and graduated from the electrician program. He also worked at the Union Center Club as a bartender for 25 years, retiring in 2006.

Fred and Judi married on August 26, 1961. They moved to an acreage in October of 1964 where they made their home and raised their three children; Vicki, Chris, and Matt. Fred loved his horses and raised many over the years. His favorite one was Sunrise whom he had for 23 years. Fred was a very talented craftsman, working with just about every imaginable material. In the early years, he built an addition onto their home, more than doubling the size of the house to accommodate the growing family. He often used his creative tool making skills to “Frederick” a tool to achieve his vision for the house. He enjoyed helping family, friends, and acquaintances with their renovations and projects. No matter what anyone asked for, Fred figured out a way to build it and anything he built, was built to last! Fred also used his skills to build many trailers for himself and others.

To many, he was a loyal friend; but to his family, he was our hero. Family was very important to him and he had special relationships with each of us. Somehow always knowing when we needed him and what we needed from him.

His grandchildren and great grandchildren held a special place in his heart. From helping them construct anything from tree houses to Barbie houses and even a “leprechaun trap” for endless hours of fun. Making sure they all got pony rides every year at the fair; leaving treats to wake up to after his night of bartending; sitting on his lap drawing in his pocket notebook; sitting with him while he read them a story, or attending their events. They all have loving memories of him.

A Funeral service will be held on Sunday, September 18, 2022 at 2:00 pm at Grace Lutheran Church, 918 Garfield Ave, Albert Lea, MN with visitation held one hour prior. Pastor Shane Koepke will be officiating.

Fred’s family would like to thank the staff of Prairie Manor and St. Croix Hospice for the exceptional care given to him in his last weeks and days. You were all truly a Godsend to us.

To order memorial trees or send flowers to the family in memory of Fred Edward Moller, please visit our flower store.