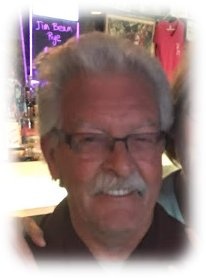 Family and friends will gather for Galen B. Bolinger, age 70, of Albert Lea, from 4:00-6:00 p.m. on Monday, January 14, 2019 at Bayview/Freeborn Funeral Home with a service at 6:00 p.m.  Rev. Mark Boorsma will officiate. Online condolences are welcome at www.bayviewfuneral.com.

Galen died Thursday, January 10, 2019 at his home surrounded by his family.

Galen B. Bolinger was born on March 16, 1948 in Albert Lea, the son of John and Bonnie (Kramer) Bolinger. He grew up and attended school in Albert Lea.  On June 20, 1980, he was united in marriage to Sandra Cornick.  Galen worked at Wilson’s for 17 years and then as a carpenter for Cornick Construction.  He was a member of Ascension Lutheran Church.  Galen was also a member of the Eagle’s Club.  He enjoyed fishing, hunting, golfing, and horses.  Galen especially loved bonfires and hayrides with his kids and grandkids. He also liked flirting with his nurses who gave him such good care.

To order memorial trees or send flowers to the family in memory of Galen B. Bolinger, please visit our flower store.