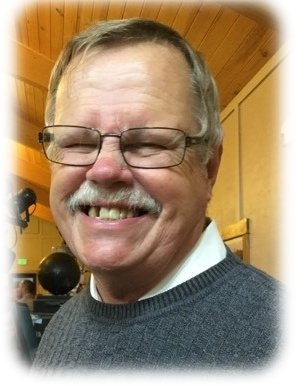 Memorial services for Gary R. Cunningham, age 70, of Albert Lea, will be held at 11:00 a.m. on Monday, May 6, 2019 at First Presbyterian Church.  Pastor Dwight Netzer will officiate. Friends may greet the family from 4:00-6:00 p.m. Sunday, May 5, 2019 at Bayview/Freeborn Funeral Home and one hour prior to the service at the church on Monday. Online condolences are welcome at www.bayviewfuneral.com.

Gary Robert Cunningham was born January 19, 1949 in Albert Lea, the son of Lewis and Gladys (Mostrom) Cunningham.  He grew up in Albert Lea, graduating from Albert Lea High School.  He went on to attend Riverland where he excelled in accounting.  He worked as an accountant at several businesses and had his own tax service for 40 years.  On October 8, 1977, Gary was united in marriage to Debbie Hansen at Trinity Lutheran Church.  Gary was a member of the Fraternal Order of Eagles.  He enjoyed fishing, volunteering, and playing cards.  Gary loved spending time and playing with his grandchildren.

Gary was preceded in death by his parents, Lewis and Gladys; sister, Karen Woodford; father and mother-in-law, Harlen and Irene Hansen; and many aunts and uncles.

To order memorial trees or send flowers to the family in memory of Gary Robert Cunningham, please visit our flower store.