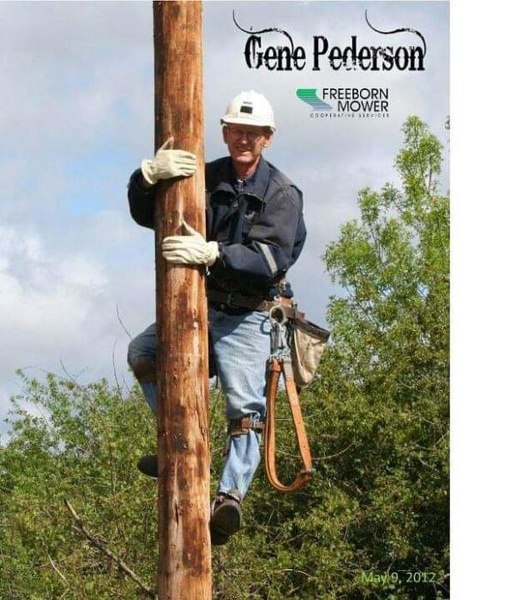 Gene was born on May 30, 1947 to Selmer and Arlene (Morstad) Pederson. He grew up in Hartland and attended New Richland Hartland High School. After high school Gene attended Dunwoody College where he received an associate degree to become an electrician. He went to work for Freeborn Mower Cooperative Services in 1968 as a lineman and later became a metering technician. He married Linda Gallentine on February 14, 1970. He retired from Freeborn-Mower on June 1, 2012 after 44 years. He was also a member of the Hartland Volunteer Fire Department for 25 years and will be greatly missed by the community.

Gene enjoyed woodworking and fixing up his families houses even if he was not asked to do so. He never turned down a call for help. Most of all Gene loved to spend time with his family and friends.

He was preceded in death by his parents and stepfather John Severson; mother and father-in-law Shirley and Howard Gallentine; and sister-in-law Carolyn Gallentine.

To order memorial trees or send flowers to the family in memory of Gene David Pederson, please visit our flower store.