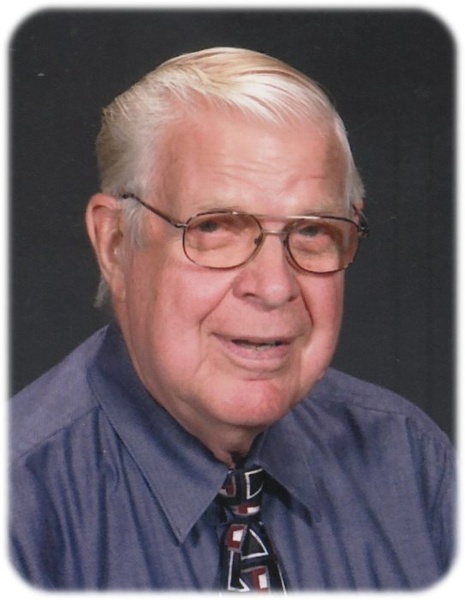 Funeral services for George S. Goskeson, age 87, of Albert Lea, will be held at 11:00 a.m. on Monday, June 17, 2019 at First Lutheran Church.  Rev. John Holt will officiate.  Military honors will be accorded by local veteran’s organizations.  Interment will be at Hillcrest Cemetery.  Visitation will be from 3:00-5:00 p.m., Sunday, June 16 at Bayview/Freeborn Funeral Home and one hour prior to the service at the church on Monday. Online condolences are welcome at www.bayviewfuneral.com.

George S. Goskeson was born on July 3, 1931 in Albert Lea, the son of Goske and Selma (Legried) Goskeson. He attended #20 Barlow School and #58 Big Oak School. On February 4, 1951 George was united in marriage to Deloris Indrelie.  He served in the U.S. Army during the Korean War, honorably discharged at the rank of Corporal.  George worked as a driver for Red Owl and Albert Lea Bus Company. He was a member of First Lutheran Church as well as the American Legion and the Elks Club. George enjoyed bowling, softball, snowmobiling, and cooking on fishing trips.  He loved his family and enjoyed spending time with them, especially playing the “dime game.”  George was a hard worker and very organized.

To order memorial trees or send flowers to the family in memory of George S. Goskeson, please visit our flower store.