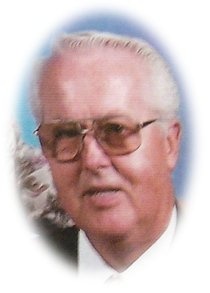 Funeral services for Gerald E. Steene, age 71, of Alden will be held at 10:30 a.m. on Saturday, February 20, 2016 at Redeemer Lutheran Church in Alden.  Rev. Greg Ofsdahl will officiate.  Interment will be at Greenwood Cemetery.  Visitation will be from 4-7:00 p.m. Friday, February 19, 2016 at Bayview/Freeborn Funeral Home and one hour prior to the service at the church.

Gerry grew up in Glenville, MN, going to school there until his High School Graduation in 1962.  He was a good student and excelled in music, track, and baseball.  He and his classmates were in the first class to graduate from Glenville High School, having gone the entire 6 years there!  He was Glenville High Schoolâ€™s first Homecoming King the fall of 1961.On July 26, 1964, he married his high school sweetheart and classmate, Helen Kvam, at the Silver Lake Lutheran Church, rural Northwood, Iowa.  They immediately moved to Minneapolis where Gerry attended Minneapolis Vocational School from August, 1964 until May, 1965 when he graduated from the Barber School.

Gerry began his barbering career as an apprentice barber at Tomâ€™s Barber Shop in Fairmont, MN on June 1, 1965.  They resided in Fairmont 21 months.  During this time, Gerry achieved his Master Barberâ€™s License in August, 1966.  Gerry opened his own barber under the name â€œGerryâ€™s Barber Shopâ€ in Alden, MN on March 7, 1967.  Because housing in Alden was unavailable at the time, they resided in Albert Lea for 2 months, moving to Alden on April 23, 1967.

Gerry barbered in Alden full time until May 18, 1991 when a lawn mower accident caused him to lose a finger on his left hand.  He could not barber for a time, but enrolled at Albert Lea Vocational School in the Industrial Maintenance Program the fall of 1991.  He re-opened his barber shop on January 18, 1992 on a part time basis.  A year after his accident, May 18, 1992, Gerry was hired as a custodian at the Vocational School.  He still had one year of his Industrial Maintenance Program left.  Therefore, during the school year of 1992-1993, he worked full time in the afternoons and went to school mornings, also running his barber shop on Saturdays!  Gerry worked in the Custodial Department of the school until 1998 when rheumatoid arthritis caused him to have to quit that job.  The school found him a job in the library, and he worked there until retiring in May of 2010.

Gerry suffered a stroke in 2008 which was â€œthe beginning of the endâ€ for him.  It took some memory from him, although he could still function quite well.  By the time he was done work, he realized himself that he had memory problems. He still kept up with his barbering 3 days a week and valued his customers both as patrons and friends.  On November 30, 2012, he was diagnosed with dementia of the Alzheimerâ€™s type.  He continued to live at home with his wife until August 31, 2013 when he entered Prairie Senior Cottages in Albert Lea where he was well liked!  Gerry was known as â€œthe Alden Barber.â€  God gave him the gift of music, and he really used it!  He played cornet, baritone, and tuba in the high school band.  He had a beautiful voice; and with his wife as his accompanist, he sang at many funerals, weddings, special occasions, and church services!  He sang in the Redeemer Lutheran Church Choir and the Area Community Cantata for many years, doing a lot of solo work!  He and his wife also had the Redeemer Lutheran Junior Choir for about 6 years and taught Sunday School music together for a total of 14 years!  The children loved him, calling him â€œThe Singer Man!â€

Gerry loved to visit.  God gave him the gift of talking to people and making them feel comfortable, which is something a barber needs to do!  He helped other people with their personal problems.  Sometimes he would come home late from work because someone needed him to talk to.  He always gave of his time to other people.  Gerry was very handy with his hands and tools.  He did his own remodeling of his home.  He was an exceptionally good worker.  He always had time to help other people, even with their mechanical problems!  Gerry served 2 terms on the Redeemer Lutheran Church Council.  He will be greatly missed by his family and friends!

He is survived by Helen, his wife of 51 years; his sons Wade (Carolina), Shawn (Denise), and Shannon (special friend Wes); 5 grandchildren, Chris, Katie, Jenny, George, and Henry Steene; sister, Linda Bighley; brothers Butch (Sandy) and Mike, and step-brother Steven; 6 nieces and 7 nephews, many great nieces and great-nephews, 3 aunts, 2 uncles, and a host of cousins and friends!  He was preceded in death by his parents and grandparents, 1 sister in infancy, 1 nephew, 1 niece, and many aunts and uncles.

In lieu of flowers, memorials are preferred to Alzheimerâ€™s Research.

To order memorial trees or send flowers to the family in memory of Gerald Eugene Steene, please visit our flower store.