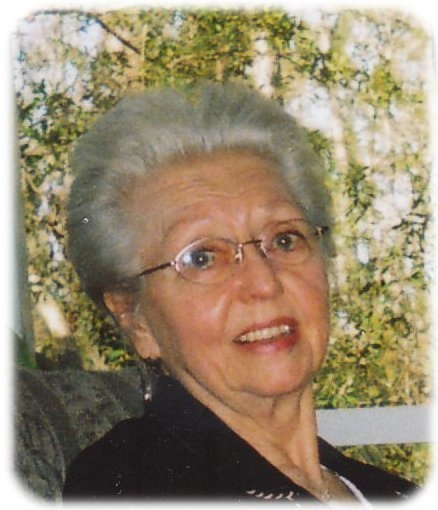 Gladys Barickman died in her sleep on March 28, 2018 in Albert Lea, MN. Visitation will be at Bayview/Freeborn Funeral Home in Albert Lea on Wednesday, April 4, 2018 from 4:00-6:00 p.m. with a short service to follow at 6:00 p.m. Interment will be at a later date at Fort Ridgely Cemetery, Fairfax, MN.

Gladys May (Johnson) Barickman was born February 14, 1928 in St. James, MN to Henry and Nora Johnson. Gladys married Earl Dean Barickman on July 12, 1944 at St. Olaf Lutheran Church outside Odin, MN. The two moved to Earl’s family farm near Lewisville, MN and bore three sons: Ivan, Leon and Kurt. Gladys and Earl had a passion for dancing, even starting a square-dancing club in Lewisville. Gladys and Earl became Gold Star parents on July 27, 1969 when their son, Leon, was KIA in Vietnam. In 1976, Gladys and Earl moved to their house on Hall Lake in Fairmont, MN where they resided until 1998, when they moved to Albert Lea, MN. Gladys was a tremendous cook and baker, always taking the extra time to whip up something special and was a cook at Truman Sale Barn, Fairmont Community Hospital and REM in Albert Lea. Gladys was a member of the Truman Church of Christ for most of her life and enjoyed teaching Sunday School there. She was deeply spiritual and often talked of the mysterious and wonderful ways her higher power made himself known, holding tight to her beliefs even during times of loss. She made many an impact during her 90 years and will be remembered for her compassion and strength.

She is preceded in death by her husband, Earl; sons, Ivan and Leon; parents, Henry and Nora; siblings, Ilene, Norma, Betty, Hank, Donald, James and Andrew and many cousins, extended family and friends.

To order memorial trees or send flowers to the family in memory of Gladys May Barickman, please visit our flower store.