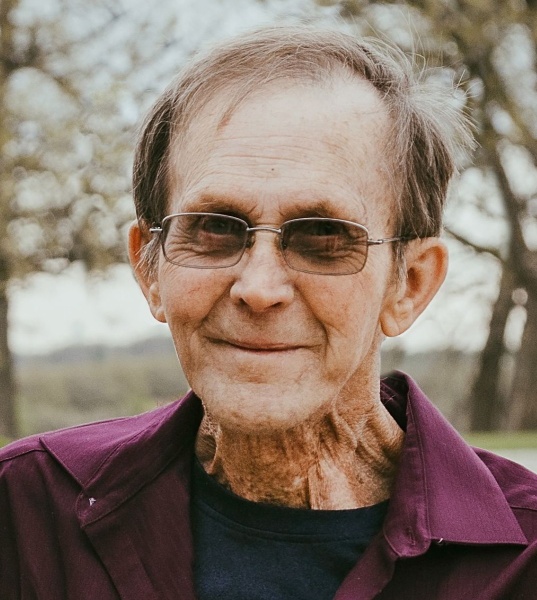 Through the years, Glen worked at Kansota Farm Corp., worked in construction and worked at Wilson’s – later Farmstead – until a disability forced him to retire early. He later had a long career running “grandpa’s daycare” for his grandchildren which concluded at the start of each school year with a malt and a meal at Trumble’s.

Glen loved to visit and made friends everywhere he went. He took the Minnesota goodbye to the fullest extent and was fluent in sarcasm. The cabin he and Louise built at the family park was his sanctuary. Hunting with his family and telling big buck stories was a favorite pastime. He also enjoyed bird watching from his dining room table.

Attending car cruises and car shows with his 1969 Oldsmobile Cutlass Supreme was a highlight of his summers. He took a lot of pride in restoring his, and his dad’s Ford tractors. Glen was sought out by many when they needed sound advice. He loved to barter and find a good garage sale.

Button down shirts with pockets, a stashed candy bar and a spilled cup of coffee were part of his daily attire. He blessed a lot of birthdays with a crooked lip “Happy Birthday” solo only a family could love.

A Graveside Service will be held at Lunder Lutheran Church Cemetery in Twin Lakes at 1 p.m. Friday, October 8. Rev. Kent Otterman will officiate. In true Glen fashion the service will be short and simple. Guests are encouraged to bring a lawn chair if they prefer one and to wear their favorite button down shirt and jeans. The service will be followed by a luncheon at the Hagen family park.

In lieu of flowers, memorials are preferred to Glen’s favorite causes: St. Jude’s Children’s Research Hospital and the Salvation Army in Albert Lea.

To order memorial trees or send flowers to the family in memory of Glen Edward Hagen, please visit our flower store.