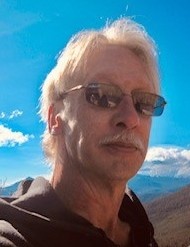 Gregory Earl Haukoos was born to Richard and Judith (Gordon) Haukoos on November 8, 1960 in Freeborn County, Mn. Gregory was the father of one boy, two girls and divorced from his wives. He had been married to Mary to which his son Benjamin, daughter Sarah & daughter Samantha were born.  He and his wife Lori didn’t have children. Gregory loved restoring old cars and going to car shows, concerts, listening to music, fishing, collecting antiques, coins, rock/gem working/collecting and journaling.

Gregory died peacefully with his son holding his hand at Saint Mary’s Hospital in Rochester Mn. on July 18, 2021. He was 60 years, 8 months and 14 days of age.

He was preceded in death by his parents Richard Earl Haukoos and Judith Lea Gordon.

A celebration of life will be held on August 8, 2021 at the park pavilion in Walters Mn. Watch for the event page on Facebook for more details. A private service is to be determined at a later date. All donations and condolences are welcome.

To order memorial trees or send flowers to the family in memory of Gregory Earl Haukoos, please visit our flower store.