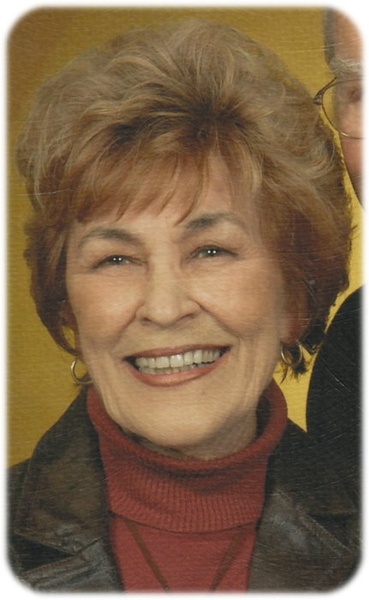 Funeral services for Gwendolyn Joan Delger, age 82, of Albert Lea, will be held at 11:00 a.m. on Friday, March 2, 2018 at St. Theodore Catholic Church.  Father Kurt Farrell will officiate. Visitation will be 4:30-6:30 p.m. on Thursday, March 1 at Bayview/Freeborn Funeral Home and one hour prior to the service at the church on Friday. Online condolences are welcome at www.bayviewfuneral.com.

Gwendolyn J. Delger was born October 10, 1935 in Sioux Falls, South Dakota, the daughter of Glen and Della (Drost) Gunderson.  At the age of 12, she moved to Idaho.  In 1953, she graduated as valedictorian from Coeur D’Alene High School in Plummer, Idaho.  After graduation she moved back to South Dakota to attend college in Madison.  In 1954, she married Raymond Rayman in Salem, SD.  They moved to Albert Lea in 1965.  The couple later divorced.  On November 9, 1985, Gwen married James Delger at St. Theodore Catholic Church in Albert Lea.

Gwen worked at Wilson’s Foods for many years before returning to college to earn her Bachelor’s degree in Counseling from Mankato State University. At that point in her career she returned to work at Wilson’s Foods as the coordinator of the employee assistance program until the plant’s closing.  Gwen then worked at Fountain Centers for 21 years as a chemical dependency counselor, coordinating the older adult program for 18 of those 21 years. While at Fountain Centers, Gwen earned her Master’s degree in Gerontology Studies from Mankato State. She retired from Fountain Centers in 2014. Gwen was an active member of St. Theodore’s.  She had a passion for learning and a love for all aspects of education.  Her number one love was her family.

To order memorial trees or send flowers to the family in memory of Gwendolyn Joan Delger, please visit our flower store.