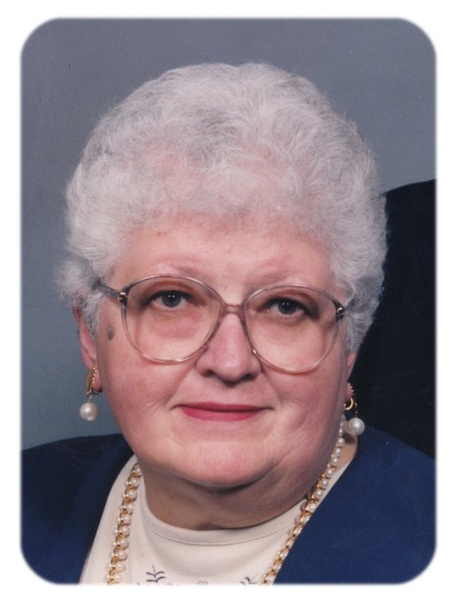 Funeral services for Gwen Lee, age 81, of Glenville will be held at 11:00 a.m. Wednesday, June 7, 2017 at First Lutheran Church in Glenville.  Rev. Nancy Hansen will officiate.  Interment will be at Hillcrest Cemetery.  Visitation will be from 5:00 – 7:00 p.m. Tuesday, June 6th at Bayview/Freeborn Funeral Home and one hour prior to the service at the church on Wednesday.

Gwendolyn Annette Lee was born in Albert Lea on May 17, 1936, the daughter of Gilbert B. and Eva Louise (Benson) Overland.  She grew up in Freeman Township and graduated from Emmons High School in 1953.  On December 12, 1953 Gwen was united in marriage to Bernhard Greggar Lee at Round Prairie Lutheran Church.  Gwen worked at Honeywell in Minneapolis while Bernie was stationed at Ft. Snelling.  After his discharge in 1957 they took the train to Glenville where they made their home.  After working for Citizens State Bank in Glenville for 30 years, Gwen retired from being assistant vice president.  After her retirement, Gwen and Bernie enjoyed spending their summers in Grand Marais, MN and their winters in Golden Valley, AZ.  Gwen had a strong faith and was a faithful member at First Lutheran Church in Glenville.  She was active with the Albert Lea and Glenville Senior Citizens and was a member of the Glenville American Legion Auxiliary.  Gwen was an avid MN Twin’s Fan and always watched the boys and girls basketball tournaments.  She loved going on bus trips to the casino, bird watching and spending time with her family and friends, especially her great-grandchildren.

To order memorial trees or send flowers to the family in memory of Gwendolyn Annette Lee, please visit our flower store.