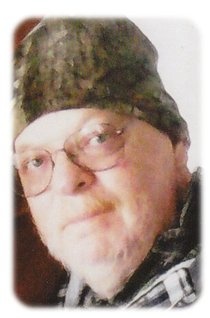 Funeral services for Harm Lester Kuiper, age 67, of Albert Lea, will be held at 2:00 p.m. on Wednesday, July 13, 2016 at St. Theodore Catholic Church.  Father Russell Scepaniak will officiate. Military honors will be accorded. Interment will be at St. Maryâ€™s Cemetery.  Visitation will be one hour prior to the service at the church.

Harm L. Kuiper was born on December 24, 1948 in Blooming Prairie, the son of John and Gertrude (Butler) Kuiper.  He graduated from Ellendale High School. Harm served in the U.S. Marine Corps in Vietnam.  He earned both a Navy Commendation Medal and a Navy Achievement Medal for performing his duties in an exemplary manner, heroic achievement, and courage under fire. On March 12, 1971, Harm was united in marriage to Stasha Lee Morgan.  He worked at Wilsonâ€™s and Farmstead Foods for 24 years, starting as a line worker and advancing to boiler operator, earning his first class boiler license.  In 1994 he began working at Faribault Foods ultimately earning his class A chief engineer license in 1996. He retired from POET in 2013. Harm was a member of the NRA. He enjoyed riding motorcycles, fishing, hunting, sharing stories of his adventures, and teaching others his ways of doing things.  He especially enjoyed spending time with his grandkids, as his grandsons came first!

Harm was preceded in death by his parents; son, Jimmy in infancy; and brothers, John Kuiper and Robert Butler.

To order memorial trees or send flowers to the family in memory of Harm Lester Kuiper, please visit our flower store.