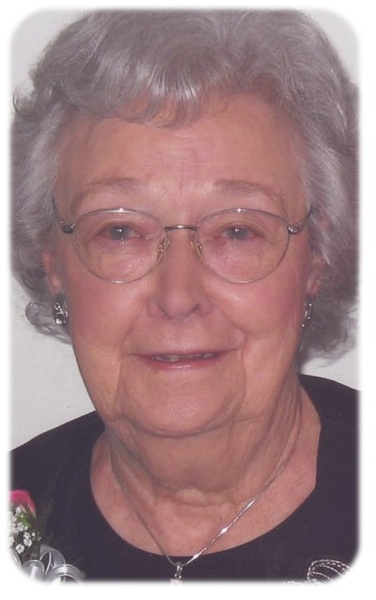 Funeral services for Harriet E. Helgeson, age 98, of Albert Lea, will be held at 11:00 a.m. Wednesday, August 23, 2017 at First Lutheran Church in Albert Lea.  Rev. John Holt will officiate.  Interment will be at Graceland Cemetery.  Visitation will be one hour prior to the service at the church.

Harriet E. Helgeson was born August 25, 1918 in Albert Lea.  Her parents were Harry and Esther (Dahl) Bagaason.  She was a member of East Freeborn Lutheran Church where she taught Sunday School and sang in the church choir.  Harriet married Milton Helgeson at East Freeborn Lutheran Church in 1942.  After their marriage, they were long time members of First Lutheran Church in Albert Lea, where she taught Sunday School and served as secretary of the Sunday School.  She attended many bible classes, was a member of the Alter Guild and mission circle #36 and later #4.  Harriet worked with Senior Resources, the hospital auxiliary and the blood bank.  Harriet and her husband spent many winters in Lake Havasu City, AZ.  They also traveled to several places.  She loved to play golf, bridge and attend bible classes.  Harriet was a lifetime member of Beta Sigma Phi and was a part of a swim group.

Harriet was preceded in death by her parents; husband Milton and daughter Julie Helgeson.

Memorials are preferred to First Lutheran Church or a charity of donor’s choice.

To order memorial trees or send flowers to the family in memory of Harriet E Helgeson, please visit our flower store.