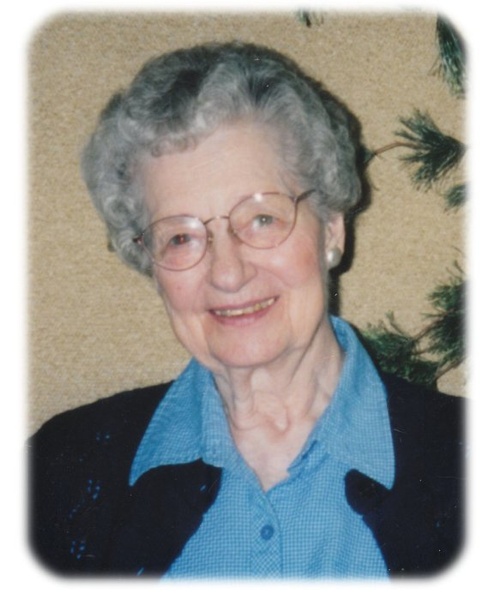 Funeral services for Henrietta Draayer Reynen will be held at 2:00 p.m. Saturday, September 23, 2017 at the Hollandale Reformed Church.  Rev. Neal Ooms will officiate.  Interment will be at the Hollandale Cemetery.  Visitation will be one hour prior to the service at the church.

Henrietta Draayer Reynen was born February 26, 1921 on a farm near Sioux Center, Iowa.  She was the daughter of Henry Draayer and Elbertje Den Herder.  She was the youngest of seven children and was baptized in the First Reformed Church of Sioux Center, IA.  In 1924 the family moved to Hollandale, MN where they lived on a farm just north of town and were members of the Hollandale Reformed Church.

Growing up, Henrietta and her sister Elizabeth often helped their father in the fields.  She attended Hollandale School, graduating from 8th grade in 1935.  When she was 17 years old, Henrietta made profession of her faith.  She was an active member of the Christian Endeavor Society at church and she was a member of the Girls Volunteer Band.

Henrietta was active in church – sang in the choir, taught catechism, Sunday school and Bible school.  She was a member of the Mary Martha Circle.  She also participated in Homemakers as well as helping with quilting and 4-H.  She enjoyed gardening and was dedicated to her family.

To order memorial trees or send flowers to the family in memory of Henrietta Reynen, please visit our flower store.