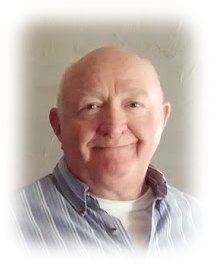 Funeral services for Howard D. Johnson, age 72, of Clarks Grove, will be held at 3:00 p.m. on Monday, November 13, 2017 at Central Freeborn Lutheran Church.  Rev. Matt Griggs will officiate. Military Honors will be accorded by local servicemen’s organizations. A private family interment will happen at a later date.  Visitation will be from 4:00-6:00 p.m. on Sunday, November 12, 2017 at Bayview/Freeborn Funeral Home and one hour prior to the service at the church on Monday.

Howard David Johnson was born January 2, 1945 in Albert Lea, the son of Harry and Donna (Helland) Johnson.  He grew up and attended school in Albert Lea.  Howard served in the U.S. Army during Vietnam.  On July 2, 1988, Howard married Sharon B. Smith.  He worked for many years as a plumber for Jim and Dude’s.  Howard was a member of Central Freeborn Lutheran Church, the V.F.W. and the American Legion. He enjoyed woodworking.

Howard was preceded in death by his parents, Harry and Donna; wife, Barbara; sister Sara; brother-in-law, Gene; and nephew, Donald.

To order memorial trees or send flowers to the family in memory of Howard David Johnson, please visit our flower store.