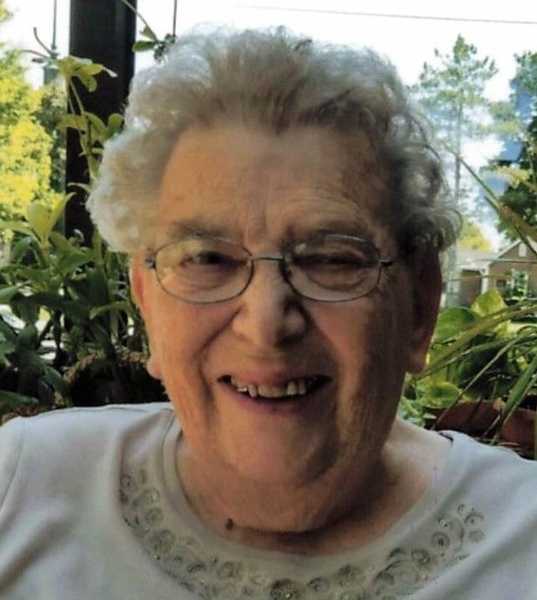 Ila Lavon Wahlers was born on June 18, 1930 at 3:10 pm, the oldest of three daughters to Edwin and Linda (Knaack) Wahlers on her parents' Worth County, IA farm, just west of the village of Deer Creek, IA. She was born a day before her parents' first anniversary and the fireflies lite up the yard that evening.

Ila was baptized on July 13, 1930 at Bethlehem Lutheran Church, Myrtle, MN and confirmed there on April 2, 1944. Her sponsors were Alvina (Knaack) Struck, Esther Knaack and Art Wahlers. When the family lived by Deer Creek, she attended school at District #59 and District #51 after the family moved to the London Township farm in the Spring of 1941 and continued thru the seventh grade. She then stayed home to help on the farm and care for her little sister, Beverly, who had cerebral palsy. In the later part of 1951, after the death of her sister, Beverly, she started working at the Nordahl Nelson grocery store in London, MN until January 1957. She married Marvin L. Anderson on December 12, 1956 at the Methodist parsonage in Austin, MN. After their marriage, they lived on the Anderson farm with Marvin's parents, which was a mile west of her parents' farm. With the birth of their son, they moved into a trailer house on the farm and after the death of her father-in-law moved into the house. She lived there until she moved into Thorne Crest in December of 2018 after a fall.

Ila taught herself to knit, crochet and sew. She sewed many outfits for herself and her family. Her father would bring softballs home after he umpired at a game to have her sew them up. Before her marriage, she helped her father fill the silo with silage and she and her mother milked the cows until she got married, then the cows were sold. She also canned fruits and vegetables, including sugar free fruits for her son. She raised chickens and brought meals to the family that was working in the fields. In later years, she kept busy knitting and crocheting dishcloths and towels as well as other crafts that peeked her interest. She enjoyed going with her family to the Steele County Fair to listen io the old time music each year.

Ila was preceded in death by her parents; her husband, Marvin on August 31,2004; sister, Beverly Jean Wahlers.

Her family would like to thank both Thorne Crest Senior Living Community and St. Croix Hospice and their staff for their care and kindness for our mother while she was there.

To order memorial trees or send flowers to the family in memory of Ila Lavon Anderson, please visit our flower store.