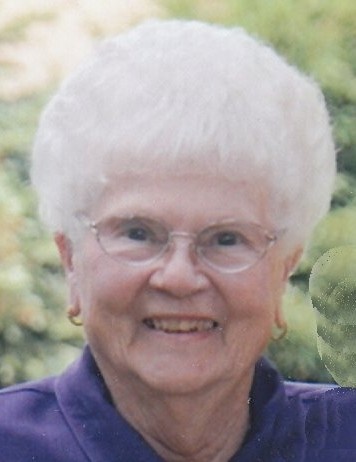 Inez Jeanette (James) Cottrell, 95, of Glenville, MN, passed away at St. John’s Woodlands of Albert Lea on Tuesday, June 3, 2021.  A Private Graveside service will be held at Greenwood Cemetery.

Inez was born to George and Ovidia James on April 21,1926 in Freeborn County. She graduated from high school in Austin, MN in 1944. On May 27, 1951, Inez and Earl Cottrell were united in marriage.  To this union three children were born: Jack, Michael, Patrick.

Inez was employed as a bookkeeper for Hayward State Bank in Hayward, MN, Petran Farms in Hayward, and St. Paul Clothing in Albert Lea, MN.  She worked part time at All Continental Travel in Albert Lea in her later years.  Inez was an active citizen in Glenville and was member of Women of Today and the Senior Citizens Center.  Inez was a longtime member of First Lutheran Church in Glenville.  She was an avid Twins fan and watched their games whenever she was able.

To order memorial trees or send flowers to the family in memory of Inez Jeanette Cottrell, please visit our flower store.