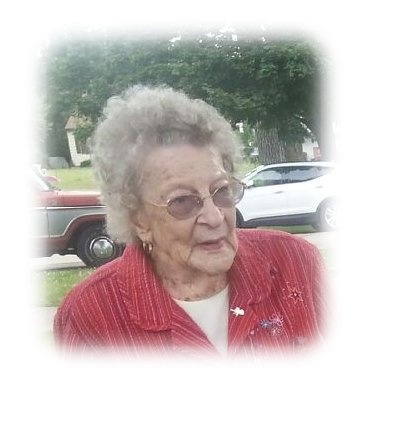 Funeral services for Inez Jane Waalkens, age 94, of Albert Lea, will be held at 2:00 p.m. on Friday, August 18, 2017 at Bayview/Freeborn Funeral Home.  Rev. Clayton Balsley will officiate. Interment will be at Hollandale Cemetery at a later date.  Visitation will be one hour prior to the service at the funeral home on Friday. Online condolences are welcome at www.bayviewfuneral.com.

Inez Jane Waalkens was born February 21, 1923 in Iowa, the daughter of Reint and Mary (Eckhoff) Karsjens. Inez worked at several factories, including the Lockheed airplane factory in California making P38 fighter jets during WWII. On September 28, 1986, Inez married Henry Waalkens at the Little Brown Church in Nashua, Iowa.  She was a member of Calvary Baptist Church.  She loved spending time at Big Island State Park, fishing at the Federal Dam up north, camping, gardening, and watching the wrens in her yard.

To order memorial trees or send flowers to the family in memory of Inez Jane Waalkens, please visit our flower store.