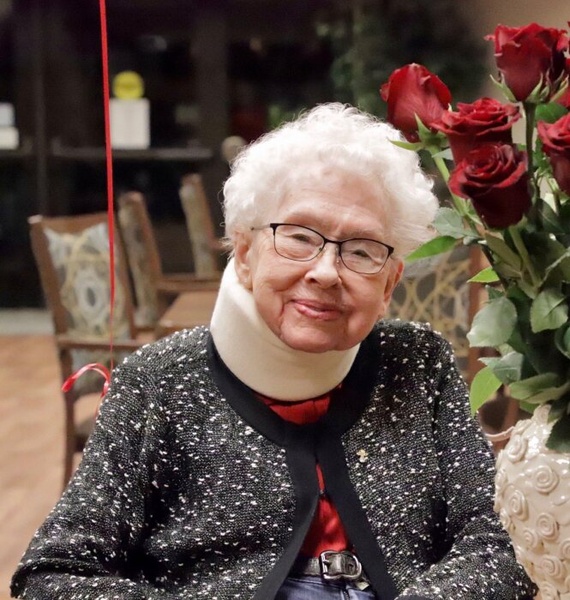 Irene was born in Freeborn County on January 30, 1930 to Martin and Betsy Wangen, marrying Norman Johnson Jr. on May 3, 1947 at the Oakland Lutheran Church, residing in Freeborn County for 77 years where they raised 6 children north of Clarks Grove and were involved in the community, including long time volunteering at St. John’s Lutheran Home, North Freeborn Altar Guild, church women and Circle. Norman and Irene moved to Steele County in 2007. Irene was baptized, married and confirmed at Oakland Lutheran Church. Irene and Norman attended North Freeborn Church from 1950 until it closed in 2000, they then joined Grace Lutheran Church of Albert Lea, MN.

Irene loved to take care of her family, cooking fabulous meals and baking wonderful treats including fresh breads, rolls, desserts, and lefse. She spent many hours babysitting for her grandchildren. Irene took her role as homemaker very seriously and was a wonderful worker on their dairy and crop farm. Her flower gardens were beautiful. Canning and freezing were common.

Funeral for Irene will be at 11:30AM on Saturday, September 25 at Ellendale United Methodist Church of Ellendale, MN with Rev. Randy Cirksena officiating. Visitation will be one hour prior to the start of the service at the church. Burial will take place before the church service at North Freeborn Lutheran Cemetery with Rev. Dean Smith, from Grace Lutheran Church of Albert Lea, presiding.

To order memorial trees or send flowers to the family in memory of Irene Johnson, please visit our flower store.