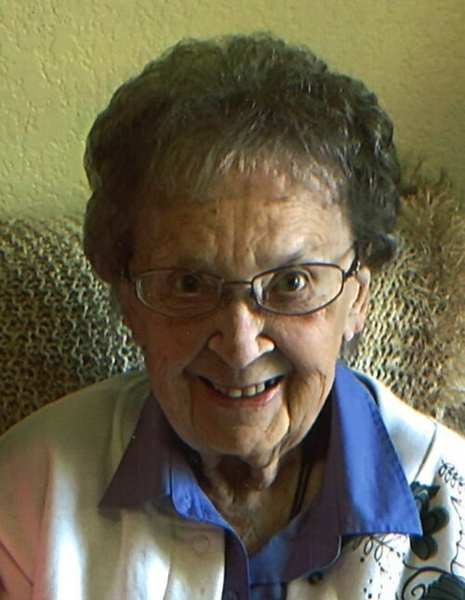 Jacquelyn “Jackie”Joan Jenson, 97, passed away on September 1, 2020 at Good Samaritan Retirement Center, Albert Lea.   A funeral service will be held on Friday, September 4, 2020 at 10 am at Bayview/Freeborn Funeral Home.  Interment will be at Hillcrest Cemetery in Albert Lea following the service.

Jackie was born on August 28, 1923 in Albert Lea to Carl Irving and Vanda Lovine Malmsten of Clarks Grove.  She was an only child and a lifelong resident of Freeborn County.

Jackie attended and graduated from high school in Albert Lea and then attended Bethel Junior College.  She was employed at First National Bank, Albert Lea, where she held positions of teller, bookkeeper, and receptionist.

Jackie married Ralph Herman Jenson on February 3, 1946, at Clarks Grove Baptist Church.  After Ralph finished his term in the Army they moved to a farm in rural Albert Lea where she was a devoted farm wife, homemaker and mother.  In the later years, she worked for her husband in their Jenson Repair Service business located in Albert Lea.  After Ralph passed away in 1977, Jackie moved off the farm and back to her childhood town of Clarks Grove, MN where she resided until 2015.  During this time Jackie was active in the 1st Baptist Church.  She was also a valued active volunteer with Senior Resources, Red Cross, Public Health Shot Clinic, food distribution, and Lutheran Social Services.

Jackie is survived by her son and daughter-in-law Gene (Beverly) Jenson of Hayward, and daughter Vicki Peterson of Arvada, CO; grandchildren Dawn (Chris) Schroeder of Albert Lea, Robin (Mark) Luongo of Castle Rock, CO, and Denise (Evan) Goodrich of Mankato.  She is also survived by seven great-grandchildren; Caleb and Brielle of Albert Lea, Ceejai and Colby of Colorado, and Sam, Ben and Briggs of Mankato. She was preceded in death by her husband and parents.

Jackie will always be remembered for her faith in God, her infectious smile, positive attitude, and her love of watching game shows and the Twins baseball games.  She will be sadly missed by all who knew and loved her.  Blessed be her memory.

A special thank you to the staff at Hidden Creek Assisted Living and Good Samaritan in Albert Lea for the loving care and attention they provided during Jackie’s life.

To order memorial trees or send flowers to the family in memory of Jacquelyn Joan Jenson, please visit our flower store.