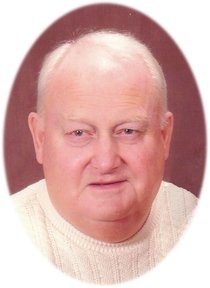 Funeral services for James W. Christensen, age 82, of Farmington, will be held at 11:00 a.m. on Tuesday, December 13, 2016 at Bridge Community Church.  Rev. Clayton Balsley will officiate. Military Honors will be accorded by the V.F.W. and American Legion Honor Guard. Interment will be at Graceland Cemetery.  Visitation one hour prior to the service at the church on Tuesday. Online condolences are welcome at www.bayviewfuneral.com.

James Walter Christensen was born June 30, 1934, in Albert Lea, the son of Alfred and Iva (Larsen) Christensen.  He graduated from Albert Lea High School in 1952.  Following graduation, James enlisted in the U.S. Army. After his honorable discharge, James worked on the farm and then moved to New Hope where he worked for UPS.  On December 18, 1965 he was united in marriage to Rena Peterson in Minneapolis.  In 1971, James started working for Bermel Smaby Realtors.  After retiring from real estate, he worked for his son driving automotive parts.  James enjoyed deer, pheasant, and goose hunting.  He was a baseball fanatic and was also a Vikings fan.  James liked reading and keeping up with current affairs.

James is survived by his daughter, Debra Mirzamohammadi of Burnsville; sons, David Christensen and Donald Christensen, both of Farmington; granddaughter Leah (Sean) Mara) and great-granddaughter, Aria of Hagerstown, Maryland; many nieces and nephews.

James was preceded in death by his parents; wife, Rena; brother, John and his wife Barb; and sister, Barbara Christensen.

To order memorial trees or send flowers to the family in memory of James W. Christensen, please visit our flower store.