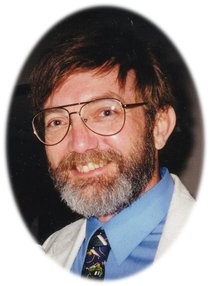 Memorial services for James â€œJimâ€ Ottesen, age 62, of Oronoco, will be held at 11:00 a.m. on Saturday, December 31, 2016 at Christ Lutheran Church in Zumbrota.  Pastor Wayne Schoch will officiate. A private family interment will occur at a later date.  Friends may greet the family from 4:00-6:00 p.m. on Friday, December 30 at Bayview/Freeborn Funeral Home and one hour prior to the service at the church on Saturday.

James â€œJimâ€ Franklin Ottesen was born December 14, 1954 in Mason City, Iowa, the son of Howard and Margaret (Sistek) Ottesen.  He grew up in Gordonsville and graduated from Glenville High School in 1973.  Jim enlisted in the U.S. Army in August of 1973.  He was honorably discharged in June of 1980.  In 1981, he re-enlisted in the Army Reserve.  Jim returned to active duty for Operation Desert Storm, honorably discharged in April of 1991 and retiring in 1994. While in the service, Jim studied x-ray technology.  He worked as an x-ray tech at Mayo in Rochester for 30 years.  Jim was a member of the Christ Lutheran Church in Zumbrota.  He loved to fish, play cards, was a Twins and Vikings fan, and an avid snowmobiler.

Jim is survived by his sister, Mae (Dennis) Christensen; brother-in-law, Roger Nelson; and many nieces and nephews.

In lieu of flowers, memorials preferred to Disabled American Veterans.

To order memorial trees or send flowers to the family in memory of James Franklin Ottesen , please visit our flower store.