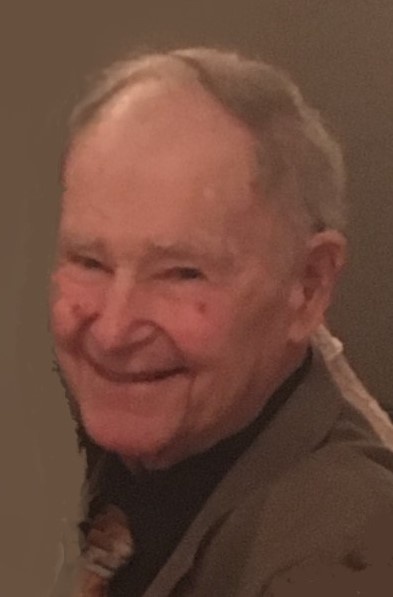 Funeral Service for James S. Loverink will be held at 10AM on Saturday (9/18) at Hollandale Reformed Church. Pastor Neil Ooms will officiate. Burial will be in the Hollandale Cemetery. Visitation will be from 4-6PM on Friday (9/17) at Bayview Freeborn Funeral Home and also 1 hour prior to the funeral at the church on Saturday. The service will be live streamed via the Bayview Freeborn Funeral Home Facebook page. Online condolences are welcome at www.bayviewfuneral.com

Jim “Gem” Loverink, age 85 of Hollandale, went to be with Jesus on Monday, September 13, 2021 at his home surrounded by his loving family.

Jim was born on June 5, 1936 to Jeppe “Jack” and Marie (Van Wilgen) Loverink in Hollandale. He attended school in Rose Creek, Albert Lea and Geneva. He helped on the family farm until he bought his Vermeer tiling machine and founded Loverink Drainage at age 17. He started tiling on his father’s farm, tiled the neighbors’ farms and never stopped until he retired in 2007. He married Genevieve Vande Kamp on August 16, 1957 at the Little Brown Church in Nashua, IA. They outgrew their little home on the outskirts of Hollandale. In 1964 they were blessed to move into a larger home to raise their family.

Jim was involved and a longtime member in the Hollandale Reformed Church. He was an avid historian and officer for the Hollandale Museum, as well as a member of the Land Improvement Contractors’ Association. Jim was involved in the Hollandale Cafe coffee ministry. He loved to fish, hunt deer, tell jokes and stories daily. He played cards, ME, Up and Down The River and Dominos. He enjoyed going “up north” to their Geneva Pond House and Red Shed where he spent hours on his John Deere tractor. He cherished the time spent with his family and friends, most of all his bride whom he said “melted my heart like butter.”