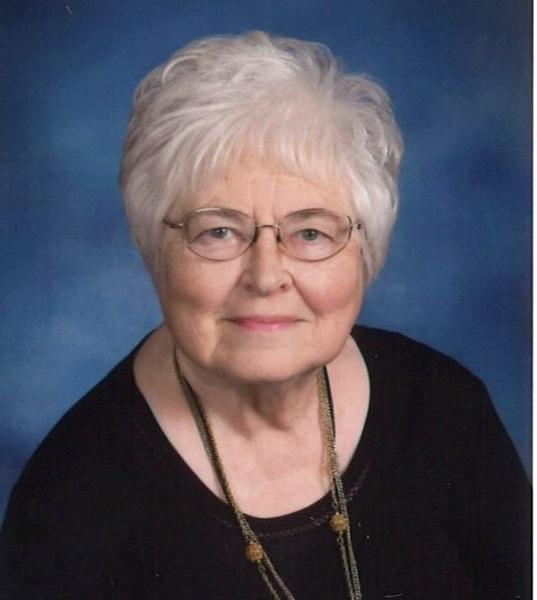 Jane Darlene Deckard (age 85) was born on May 23, 1937, in Albert Lea, Mn., to Cornelius and Minnie (Berg) Guldbrandson, and was raised on the family farm in Clarks Grove, MN. Jane attended a one-room schoolhouse during her early years and graduated from Albert Lea High School in 1955.

Jane met Ronnie Gale Deckard during their high school years. On June 15, 1957, they were united in Holy matrimony at the Hartland Evangelical Lutheran Church. They moved to San Diego, California, where Ron served in the US Marine Core (1957-1959). Their oldest son (Ronnie) was born during their time in California. From 1959 to 1962, the couple moved home and were dairy farmers on Jane’s family farm in Freeborn County, where their following two children were born (Carrie and Paul). In 1962 Ron joined the US Army. Jane supported his military career that took the family to places such as Okinawa (Japan), Germany (where their youngest daughter Susan was born), and Texas. After leveling the military in 1979, they settled and lived in the New Richland, MN community. Jane had many careers over her adult life. Her last was at the Minnesota Security Hospital in St. Peter, where she worked as a Rehabilitation Counselor until she retired in the spring of 2007. Jane was a lifetime member of the Hartland Evangelical Lutheran Church, attended Bible studies, and was a member of the Ladies Aid and Naomi Circle. Jane and Ron had many shared interests, including running their Salmon Boat charters, taking trips on their private plane, visiting family, and attending trapshooting events that he participated in and around the state.

After many years of being away, raising her family, pursuing higher education degrees, working different careers, and traveling to many parts of the world, she returned to what was familiar, the Clarks Grove area. Jane enjoyed seeing the creek running behind her apartment at Bancroft Estates, the same creek that flowed through her family farm. She shared many beautiful memories of her life growing up around the creek, surrounded by family visits with her aunts, uncles, and cousins. Although Jane was an only child, her extended family was important to her, and she fostered those relationships throughout her life.

Funeral services for Jane will be held on Monday, September 12, 2002 at the Hartland Evangelical Lutheran Church at 11 am. Pastor Phillip Lepak will officiate. Burial will be held Hartland Cemetery.  Visitation will be held one hour prior to the service at the church on Monday.

In lieu of any financial memorial gifts, the family would prefer donations be made to a charity of the givers choosing.