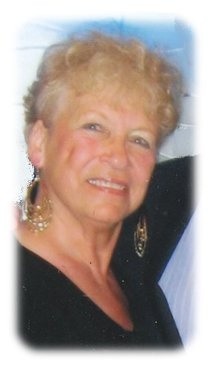 Memorial services for Jeanette Ruth Johnson, age 76, of Albert Lea, will be held at 12:30 p.m. on Saturday, December 17, at Grace Lutheran Church, 918 Garfield Avenue, Albert Lea.  Rev. Shane Koepke will officiate.  Friends may greet the family beginning at 11:30 a.m. until 12:30 p.m. at the church on Saturday.  Online condolences are welcome at www.bayviewfuneral.com.

Jeanette passed away peacefully at her home on Friday, December 9th, after a courageous battle with cancer.  An inspiration to her family and friends, even in the most difficult moments she never felt victim, but instead remained steadfast and strong in her resolve to live life to the fullest each and every day.

Jeanette Ruth Johnson was born September 15, 1940 in Albert Lea, the daughter of Raymond and Verna (Anderson) Brandt.  Jeanette spent her childhood in Myrtle and Glenville, graduating from Glenville High School.  On March 27, 1965, she married Roger Johnson in Freeborn.

Jeanette enjoyed camping, finding the best bargain at a garage sale, playing cards with family and friends, and keeping family traditions going strong, like teaching her grandkids to play "Spoons".  Simply spending time outside or enjoying a long car ride were her idea of a really great day.  Jeanette loved to travel and was proud of the fact that she visited almost every State (and had a spoon to prove it), cruised the Caribbean, and spent her most memorable vacation with her son and his family on a trip to Alaska.  Post-retirement, she was happy to escape Minnesota winters for the warmer climate of Phoenix, where she continued to explore the great outdoors.  Nothing gave her more pride than her four grandchildren.  She delighted in going to their ball games, and was equally proud of her two military grandsons, who continue to serve this great country today.  Just like her beloved daughter, she believed no home was complete without "Old Glory" flying in the yard.  At the mere mention of her son, Jeanette would beam with pride and share his many accomplishments.  Roger, her husband of 52 years, was at her side sharing each and every moment and memory she made.

Jeanette was preceded in death by her parents, Raymond and Verna Brandt; brother, James Brandt; daughter, Angie Hildebrandt; and husband, Arthur Arens.
To order memorial trees or send flowers to the family in memory of Jeanette Ruth Johnson, please visit our flower store.