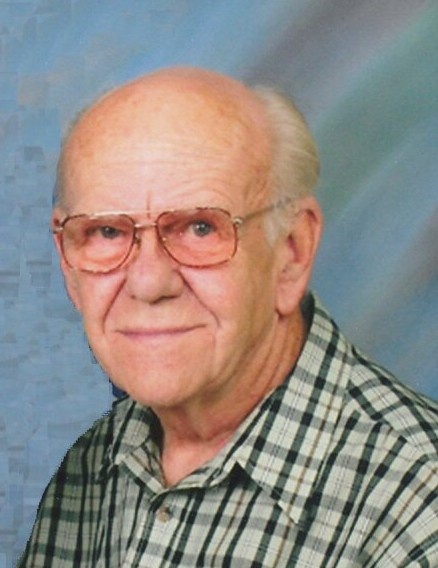 Jerry Blakeslee, 90, of Albert Lea passed away peacefully on December 15, 2020 with his wife Beverly at his side and surrounded by the love of his family.

Jerry was born in Albert Lea on July 9, 1930 to Ronald and Hattie (Jorgenson) Blakeslee.  He married the love of his life Beverly Truesdell (Minehart) on December 30, 1967.

Jerry graduated from Albert Lea High School in 1949.  Following graduation he attended Dunwoody in Minneapolis, MN.  He served in the Navy from 1951 – 1955 on the USS Iowa Battleship.  Jerry worked with his father at Blakeslee Electric and became the 3rd generation owner.  Jerry was a member of the Christ Episcopal Church.  During his tenure at the church he served as the Senior Warden, head of the Acolyte’s and was in charge of maintenance.  He was a member of the American Legion, VFW, Sons of Norway and the Elks.  He also volunteered as Explorer Scout Leader in Albert Lea.

In his younger days, Jerry was an avid water skier and taught all his children to water ski.  He enjoyed being outdoors and took the family on numerous camping trips with a boat in tow.  He liked wood-working and most of all dancing with his soul mate Bev.  On Saturday nights you would find them at the Stardusters Dance Club or at the Elks Club dancing.  He knew how to shake a leg and cut a rug!  During his retirement they were Texas Snowbirds for nine years and he continued to stay active dancing and participating in a variety of charitable activities in McAllen Texas.

Family was first priority to Jerry.  He will be remembered as a kind and loving husband, father, and grandfather.

A celebration of life Jerry's life will be held at 11AM on Saturday, April 24 at Christ Episcopal Church in Albert Lea with Father Henry Doyle presiding.  There will be a one hour visitation prior to the service at the church.

A special “thank you” to Father Henry Doyle and the entire staff at Hospice – Albert Lea for taking such good care of Jerry.

To order memorial trees or send flowers to the family in memory of Jerry Paul Blakeslee, please visit our flower store.