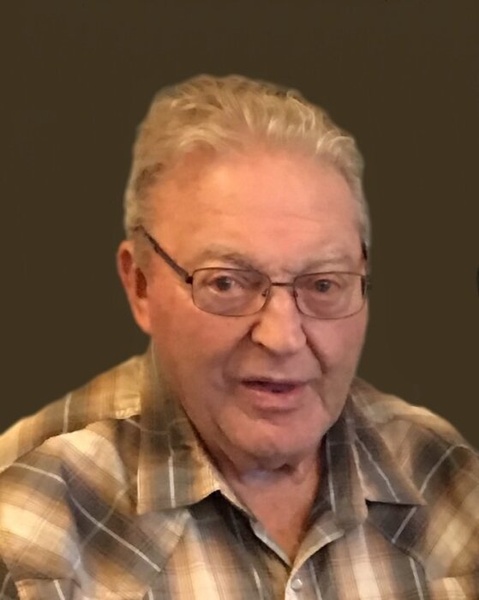 Jerry Edward Moore, age 83, of Hollandale, MN passed away peacefully at home on January 26, 2021 after a 6-month battle with leukemia.  Jerry was born in Albert Lea, MN on July 24, 1937 and was raised on Maple Island, near Hollandale.  He attended Maple Island and Hollandale grade schools, and Albert Lea High School, graduating in 1955.  Growing up, he learned to farm with his dad on their farm and land near Hollandale.

In 1959, he married Janice Calverley, and they had 3 children, Jeffrey, Julie, and Joel.  They farmed together for many years.  He learned to drive truck as a child, and after farming, continued working as a truck driver until age 82.  Jerry was a 4-H club leader, a member of the Freeborn County Pork Producers Assn., and a lifetime member of the Congregational Church of Hollandale, where he served as a trustee.

Jerry enjoyed model railroading, waterskiing, boating and fishing.  He loved playing cards and boardgames with the family, especially Scrabble and Up and Down the River.

Preceded in death by parents Edward and Blanche Moore, and sister Norma Zacharias.

A private service will be held on Saturday, Feb. 6, 2021 at 10:00 am. Visitation will be 1 hour before the service.  Interment will be at St. Ansgar’s Church Cemetery of Ellendale. The funeral will be live streamed on the Bayview Freeborn Funeral Home Facebook page beginning 5 minutes before service time on Saturday. Memorials preferred to the Congregational Church of Hollandale (PO Box 183, Hollandale 56045) or St. Ansgar’s Cemetery (600 E Hwy 30, Ellendale 56026).

To order memorial trees or send flowers to the family in memory of Jerry Edward Moore, please visit our flower store.