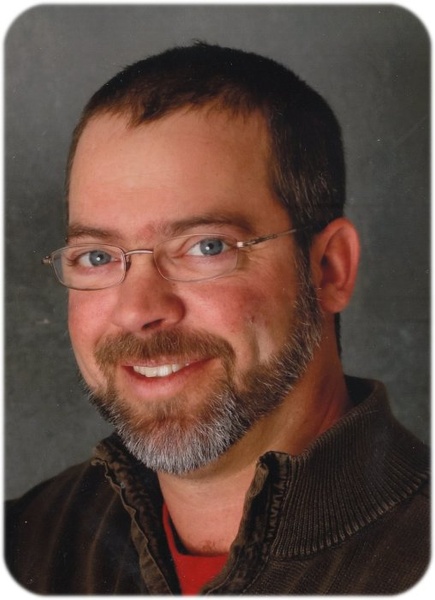 Funeral services for Jesse Anderson, age 42, with his son, Micah, will be held at 10:30 a.m. Friday, May 25, 2018 at Bridge Community Church in Albert Lea.  Rev. Clayton Balsley will officiate. Interment will be at East Freeborn Cemetery.  Visitation will be from 4:00-7:00 p.m. Thursday, May 24 at Bridge Community Church and one hour prior to the service at the church on Friday.

Jesse Andrew Anderson was born December 8, 1975 in Albert Lea, the son of Gene and Irene (Lindell) Anderson.  He grew up in Albert Lea, graduating from Albert Lea High School in 1994.  Jesse married Jennifer Long.  To that union, they had one daughter, Kari Michelle.  The couple later divorced.  On May 22, 1999, Jesse married Rita Renae Becker on the farm where Jesse grew up.  Together, they had five children, Hannah, Lane, Isaiah, Malachi, and Micah.  Jesse held many jobs over the years, developing many skills and friendships.  He enjoyed being a self-employed contractor.  Jesse loved to work and loved to relax.  He enjoyed spending time with his family, cooking, deer hunting, and fishing.  Jesse was a wonderful husband, dad, and grandpa to Andi; always at any activity they were involved in.  He was always ready to help anyone with anything.  Jesse was a member of Bridge Community Church. He loved Jesus and his time with the men’s group.

Jesse was preceded in death by his son, Micah; and grandparents, Clarence and Arvilla Anderson, and Norman and Bernadine Lindell.

In lieu of flowers, memorials preferred to the Guatemalan Missionaries through Bridge Community Church.

To order memorial trees or send flowers to the family in memory of Jesse Andrew Anderson, please visit our flower store.