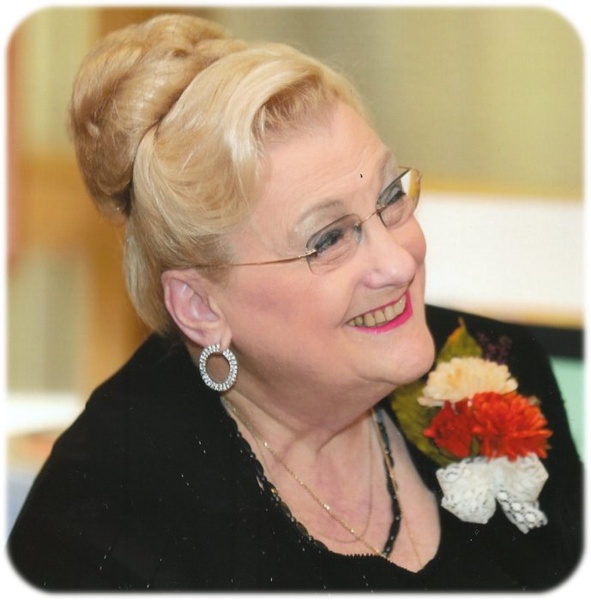 Funeral services for Joan A. Paczkowski, age 83, of Albert Lea, will be held at 10:00 a.m. on Saturday, January 19, 2019 at St. Theodore Catholic Church.  Father Kurt Farrell will officiate. Military honors will be accorded by local veterans’ organizations. Interment will be at St. Theodore Cemetery.  Visitation will be from 5:00-7:00 p.m. on Friday, January 18, at Bayview/Freeborn Funeral Home and one hour prior to the service at the church on Saturday. Online condolences are welcome at www.bayviewfuneral.com.

Joan Ann Paczkowski was born July 16, 1935 in Philadelphia, Pennsylvania, the daughter of Dominic and Gertrude (McCusker) Busso.  She graduated from high school in Philadelphia and enlisted in the U.S. Navy shortly thereafter.  She served from September of 1953 until December of 1954 during the Korean Conflict.  It was during her service that she met her future husband and love of her life, Roger Paczkowski.  The couple were united in marriage on November 20, 1954 in San Diego, California.  From 1973-1981, she owned and operated the “Maid Rite”.  Joan was passionate about cooking for family and friends. She was active in Women’s Legion Auxiliary and enjoyed spending time with other lady veterans.  Joan was also a member of Ducks Unlimited and the National Wild Turkey Federation.  Her favorite pastimes included reading, playing cards at the casino, cooking, and baking.  Most of all, she enjoyed spending summers with Roger on Fall Lake in Ely, Minnesota.  She was the most loving and devoted mother.  Her family was her pride and joy.

To order memorial trees or send flowers to the family in memory of Joan Ann Paczkowski, please visit our flower store.