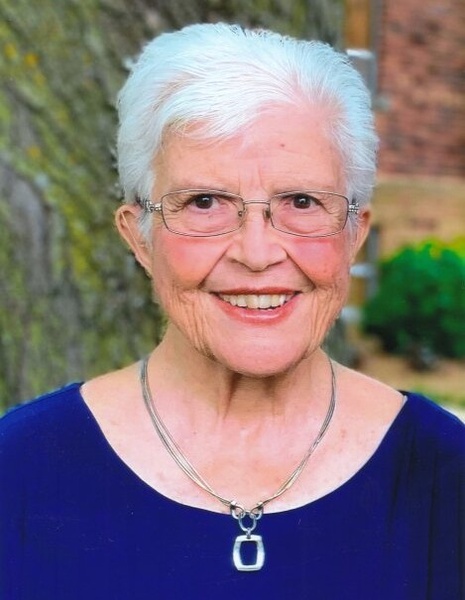 Funeral Service for JoAnn Rietveld will be held at 1:00pm on Monday (1/11) at Bayview Freeborn Funeral Home. Rev. Neal Ooms will officiate. Burial will be in the Hollandale Cemetery (immediately following the funeral service). Visitation will be 1 hour prior to the service at the funeral home. The Service will be live streamed via the Bayview Freeborn Funeral Home Facebook Page starting at 12:55pm.

JoAnn was born on October 10, 1938 in Albert Lea to Robert and Alice (Ingamells) Butters. She grew up in the Albert Lea area and graduated from Albert Lea High School. She married Curtis Rietveld on August 22, 1958. Together they moved to Clarks Grove and raised their family.  After her children were grown,  she pursued her life dream of becoming a nurse.  She attended Austin Community College, St. Theresa’s College, and Minnesota State Mankato. After receiving her Bachelor’s Degree, JoAnn attended Vanderbilt University where she received her Nurse Practitioner Master’s degree.  She worked as a Clinical Nurse Specialist at the Human Relations Center where she focused on providing a multi-approach to mental health. One of the many things she did as a nurse was to start the Hospice program here in Albert Lea.

JoAnn loved to be outdoors. She enjoyed going on walks and picnics. She was a longtime member of Hollandale Reformed Church where she was a member of Grace Circle, Choir, Sunday School Superintendent, and had a leadership position in Women’s Work. JoAnn was also involved in leading many different groups for her children which included: Brownies, Girl Scouts, Boy Scouts, Church youth groups, and Bible School. In her very little freetime, JoAnn could have been found reading, singing, writing, encouraging and mentoring others, painting and doing puzzles. Above all, she loved time spent with her family, and cherished moments together with them.  She taught others to love deeply, forgive easily, nurture relationships, and the importance of mentoring and investing in others.

She is preceded in death by her parents.

To order memorial trees or send flowers to the family in memory of JoAnn Effie Rietveld, please visit our flower store.