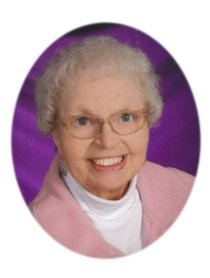 Funeral services for JoAnne Marliss Wangen-Fink, age 79, of Albert Lea, will be held at 2:00 p.m. on Friday, July 29, 2016 at Bear Lake Lutheran Church.  Rev. Daphne Hamborg will officiate. Interment will be at Bear Lake Cemetery.  Visitation will be 5:00-7:00 p.m. Thursday, July 28 at Bayview/Freeborn Funeral Home and one hour prior to the service at the church on Friday. Online condolences are welcome at www.bayviewfuneral.com.

JoAnne M. Wangen-Fink was born January 28, 1937 in Freeman Township, the daughter of Orin and Carmen (Amundson) Quam. She was baptized on March 21, 1939 at Round Prairie Lutheran Church and was confirmed in the Lutheran faith at East Freeborn Lutheran Church on April 22, 1951.  She attended and graduated from Albert Lea High School and completed one year at Teacherâ€™s College in Winona.  She worked at a taxi company in the 50s where she met Duane Wangen.  On December 4, 1955, she was united in marriage to Duane who passed away in 1980.  On June 9, 1984, JoAnne married Roger Fink.  She held a variety of jobs as a cook and baker. JoAnne was a member of Bear Lake Lutheran Church where she was Sunday School Superintendent and Teacher and part of Rachel Circle/WELCA.  She also served as a 4-H Leader and volunteered with the St. Johnâ€™s Auxiliary.

Her hobbies included reading, crossword puzzles, family history and genealogy, and quilting. She was an excellent hostess who enjoyed cooking and baking for family and friends.  Her greatest joy was spending time with her family, especially her children and grandchildren.  Her strong Christian faith was a constant throughout her life.

To order memorial trees or send flowers to the family in memory of JoAnne Marliss Wangen-Fink, please visit our flower store.