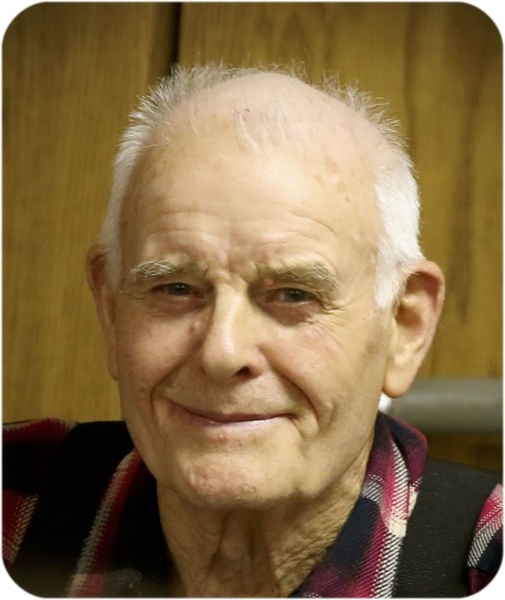 Memorial services for Johannes “Joe” Groeneweg, age 93, of Hollandale, will be held at 10:30 a.m. on Friday, February 16, 2018 at Hollandale Christian Reformed Church.  Rev. Wendell Davelaar will officiate. Interment will be prior to the service at 9:15 a.m. at Hollandale Cemetery.  Visitation will be from 5:00-7:00 p.m. Thursday, February 15 at Bayview/Freeborn Funeral Home. Friends may also greet the family one hour prior to the service at the church on Friday.

Johannes “Joe” John Groeneweg was born July 18, 1924 near Bath in Freeborn County, the son of Arie and Pietje Groeneweg.  At 6 years old, he moved with his family to the Netherlands, where he attended school.  When he was 12, he moved with his family to southern France.  While there, WWII broke out and Joe was conscripted to work at a German labor camp as a laborer and later a fireman on a steam train.  When the camp was liberated, he returned home to his family in southern France, found a sponsor in Hollandale, MN and returned to the U.S.  He found work on the Reynen Farms in Hollandale and in turn sponsored his parents and siblings to come to Hollandale.  He married Dorothy Wynia on January 15, 1952 in the parsonage of the Hollandale Christian Reformed Church.  Joe was a farm hand until finding employment at Wilson’s.  During this time, he purchased a 160-acre section near Bath, northeast of Clarks Grove, a mile from where he was born.  After retiring from Wilson’s, he continued to farm until full retirement.  He was a faithful caretaker of his wife, Dorothy until her death in 2010.  Joe was a faithful servant of Jesus Christ and a devoted member of the Hollandale Christian Reformed Church.  He enjoyed conversation with friends and family to keep up with the latest goings on.

To order memorial trees or send flowers to the family in memory of Johannes J Groeneweg, please visit our flower store.