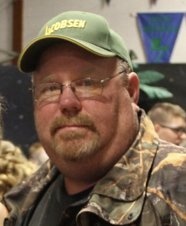 John Attig, 52, passed away July 1, 2021 at his home.  Visitation will be 3 to 7pm Monday July 5th at Bayview Freeborn Funeral Home, Albert Lea and one hour prior to the funeral service.  Funeral service will be held at 10:30 AM, Tuesday, July 6 at Deer Creek Lutheran Church in Carpenter, Iowa. Interment will be at Greenwood Cemetery in Glenville.

John “Henry” Patrick Attig was born October 1, 1968, in Albert Lea, MN, to Harry and Louise (Guerdet) Attig. He grew up on his family’s farm outside of Glenville, MN. John attended Glenville High School where he played football and basketball and was active in FFA. After graduating in 1987, he moved to California where he owned and operated a service station with his brother-in-law. After five years, he moved back to Glenville and took over operation of the family farm.  On September 9, 2000, he was united in marriage to Jodi Olson. John continued to live and operate the family farm until the time of his death.

John enjoyed barbequing, smoking meat, and feeding his friends. His next life goal was to start a food truck. He enjoyed hosting plot parties to show off his crops and poker nights with the guys. He liked rock music, specifically the Lithium and Octane channels on SiriusXM, he was an avid TV watcher, and spent many hours on TikTok. He went to car shows and would buy and restore classic cars in his spare time with his good friend Mark Thimmesch.  He also had a love for motorcycles and snowmobiles. John liked to cruise around on his Ranger checking crops and visiting friends. He collected firearms and loved teaching Ethan how to trap shoot. John liked golfing with his kids and friends and participated in various tournaments. He was also a “fix-it” man and never wanted to call anyone else to help when he could find a way to do it himself. However, John was a person who was always willing to lend a hand whenever needed. John has always been the life of the party and could make anyone laugh with his witty jokes and stories. His amazing legacy will carry on as he touched the lives of so many people.

John was preceded in death by his father-in-law, Jim Olson, and other extended family members.

In lieu of flowers or gifts, memorials may be directed to Lyle Area Cancer or the Special Olympics.

To order memorial trees or send flowers to the family in memory of John P. Attig, please visit our flower store.