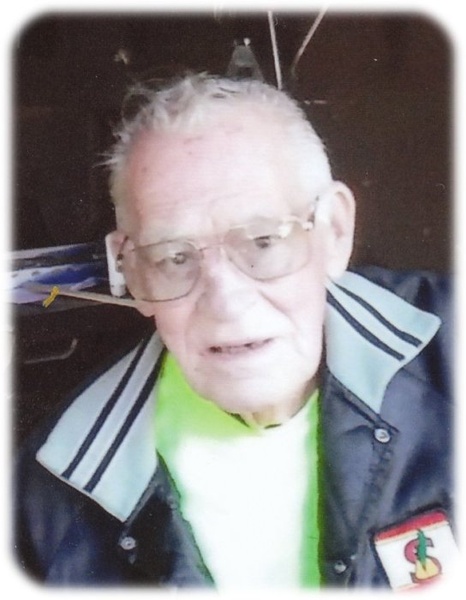 John Haines was born June 14, 1935 to Harry and Sarah Haines.  He was married September 3rd, 1955 at Fairmont to Jo Ann Lien.  John was a member of First Lutheran Church. He served our country as a Marine in the Korean War. Following his service, John worked at Wilson’s Farmstead for many years until his retirement. His favorite time was spent with his kids and grandkids. He also very much enjoyed all of his memories he had through the years at his cabin near Whitefish Lake. He would often say the highlight of his mornings was having coffee at Nancy’s Café with the groupies. They say that dynamite comes in small packages. John was living proof of that.  He had a passion for deer hunting, fishing, the Minnesota Twins and the Minnesota Vikings. John passed away Saturday, September 14 with his family by his side having reached the age of 84 years. He is survived by his son, Tracy (Robin); daughters, Julie (John Nordland)Anderson and Brenda (Ken) Keesling; grandchildren Joey, Justice (Courtny), Jesse, Jennaca (fiancé Dylan Madson), Dustin (Emily) Gonzales, Angel (Damon Maxwell) Anderson, Anna (Alex Mitchell) Keesling, Alyssa (Tyler Anderson) Keesling, Olivia Keesling, Brendan Keesling; step granddaughter Nicole (Dustin) Artwohl; great-grandchildren  Sophia, Samantha, Clark, Cameron, Zayne, Paislee, Preston, Savannah step great-grandchildren Mason and Samantha; brother, Robert; sister Martha; several nieces and nephews.

To order memorial trees or send flowers to the family in memory of John Paul Haines, please visit our flower store.