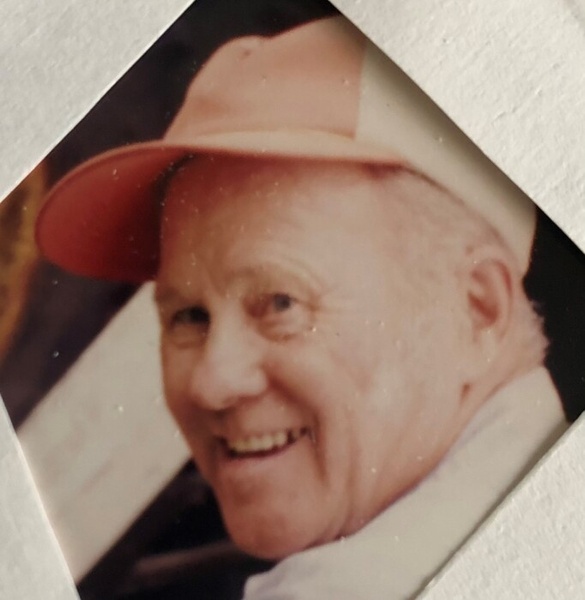 Graveside Service for John Johnson will be at 2PM on Saturday, April 17, 2021 at South Shell Rock Cemetery in Northwood, IA. Rev. Kent Otterman will officiate. Online condolences are welcome at www.bayviewfuneral.com

John D. Johnson, age 96 of Albert Lea, formerly of Clark’s Grove, passed away on April 1, 2021 at the Owatonna Hospital.

John was born in, and lived his early years, in Gordonsville, MN. He was baptized and confirmed in the Lutheran Church in Northwood, Iowa, where he walked many miles, or caught rides whenever he could, to attend confirmation classes.
When John finished eighth grade, he went out on his own. He worked for area farmers until he was drafted into the Army. He was honorably discharged at the rank of Sargent.

John settled near Albert Lea after leaving the Army. He rented farms and worked full time at what is now Minnesota Corrugated Box in town. He 1959, John bought a farm outside Clark’s Grove, Minnesota, where he farmed, raised hogs, and looked after his handicaped younger brother Vernon. Never married, he lived on the farm until moving in 2005 to the “Just Like Home” assisted Living. Recently, John moved to Owatonna, MN where he lived until his death.

John is survived by his brother Dennis (Verna) and sister Gretchen Hipp; numerous nieces, nephews, other relatives and friends.

He is preceded in death by his brother Vernon and sister Gail.

In lieu of flowers, memorials are preferred to donor’s choice.

To order memorial trees or send flowers to the family in memory of John D. Johnson, please visit our flower store.