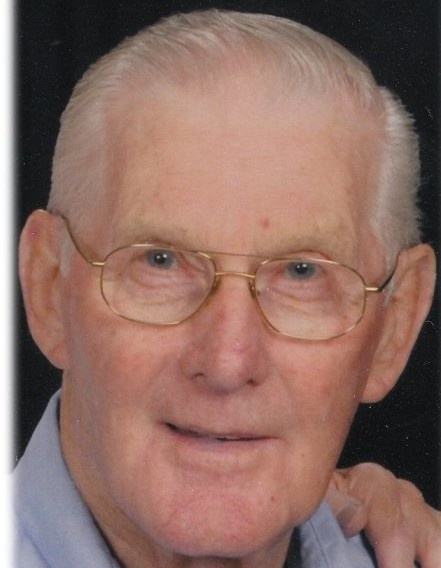 Funeral services for John R. Johnson, age 99, of Albert Lea, will be held at 1:30 p.m. on Wednesday, December 12, 2018 at Bayview/Freeborn Funeral Home.  Rev. Kent Otterman and Rev. Tom Ebert will officiate. Interment will be at Hillcrest Cemetery.  Visitation will be from 5:00-7:00 p.m., Tuesday, December 11 at Bayview/Freeborn Funeral Home and one hour prior to the service at the funeral home on Wednesday. Online condolences are welcome at www.bayviewfuneral.com.

John R. Johnson was born on November 1, 1919 in Kelliher, Saskatchewan, Canada, the son of Peter and Caroline (Lillifloren) Johnson.  He attended school in Kelliher.  On November 14, 1944, John was united in marriage to Dolores Bond in Victoria, British Colombia, Canada.  John served in the Canadian Provost Corps (Military Police) during World War II from 1942-1946.  Immediately following his service in the war, he worked as a member of police force in Regina, Saskatchewan.  In 1946, the couple moved to Glenville where they farmed.  He also worked at King Seeley as a molder and material handler.  John enjoyed watching baseball, working on his farm, and spending time with family.

To order memorial trees or send flowers to the family in memory of John Rudolph Johnson, please visit our flower store.