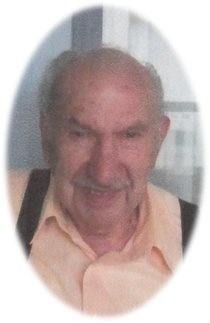 Joseph A. Le Blanc Jr. 90, of Albert Lea passed away Saturday, October 1, 2016 at home under Hospice care. Joseph was born September 2, 1926 to Joseph A. Sr. and Hilda Le Blanc in Chicago, IL where he attended school and played clarinet in the band. He enlisted in the U.S. Army Air Corp August 1944 as a radio operator and Honorably Discharged April 1947 with the rank of Sergeant.  Joseph was united in marriage to Bernice Chmielewski October 8, 1955 in Chicago. They lived in Chicago and Glen Ellyn, IL. Until 1988 when they moved to Albert Lea for the Good Life. They were married for 55 years until the loss of Bernice in July, 2010. Joseph was a consulting engineer in the High Vacuum Pump industry from 1957-2002 with many inventions and patents.
Joseph is survived by his children, Dawn Le Blanc, Guy (Audrey) Le Blanc, Gayle (Don) Bennett; Brother, Duwayne (Mary) Le Blanc; Grandchildren, Michelle (Bill), Danielle (Shane), Ryan, Adam,
Robin (Andrew), Brandon, Jason, Brian, Jon, Jolene; Great Grandchildren, Alex, Sarah, Samuel, Annara, Noah, Olivia, Riley, Kyleigh, Madisyn Caleb and Amara.
Joseph was preceded in death by his parents; Wife, Bernice; Brother, Marcellin.
Per Joseph’s request and wishes there will be no funeral services. A private family service will occur during interment at Graceland Cemetery with military honors accorded by the American Legion and V.F.W. Honor Guard. Thank you Albert Lea Hospice Care.

To order memorial trees or send flowers to the family in memory of Joseph A. LeBlanc, please visit our flower store.