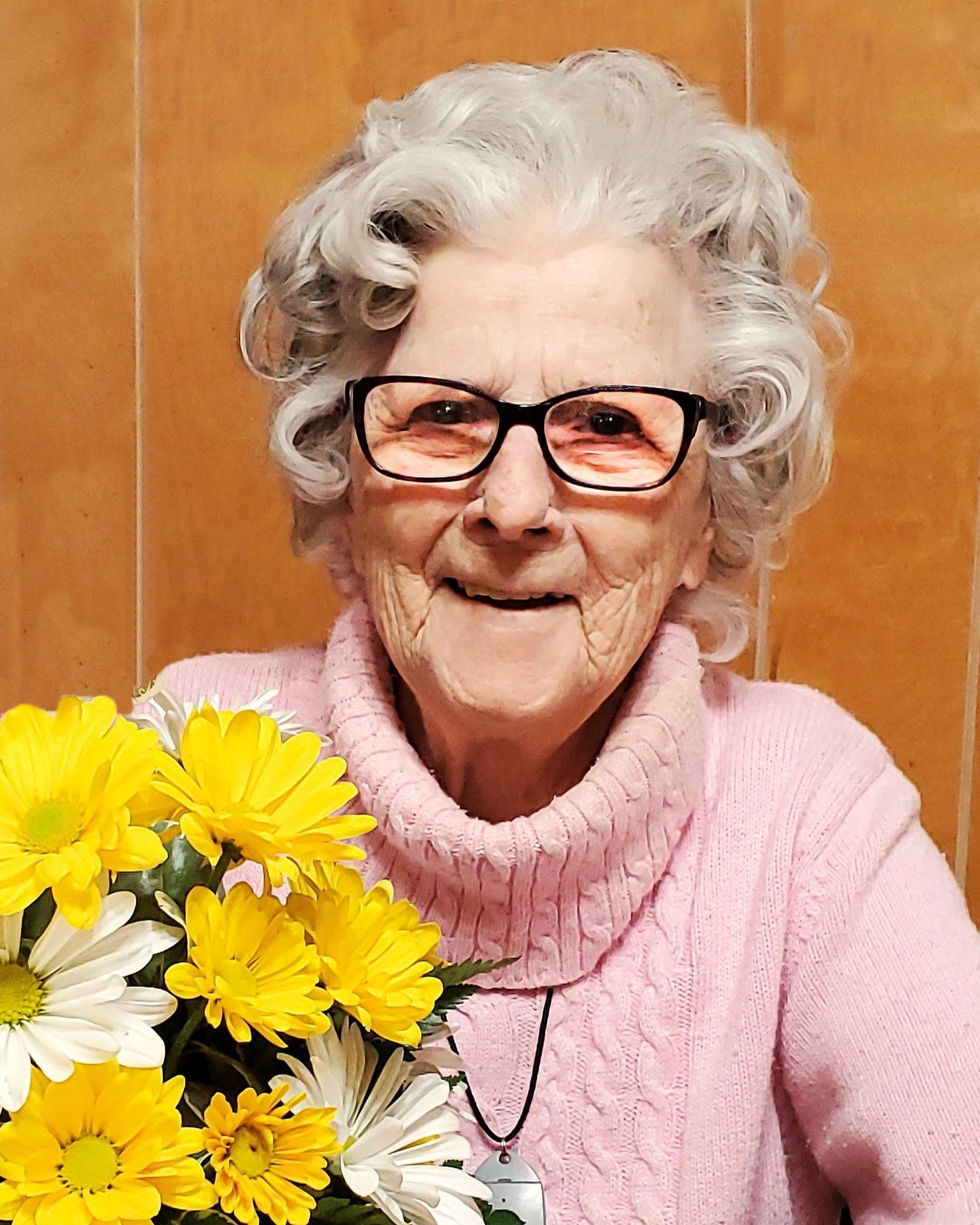 Joy White, age 103, of Albert Lea, MN passed away at her home on November 27, 2022. Funeral services will be held at 2:00 pm on Monday, December 5, 2022, at First Lutheran Church in Albert Lea with visitation one hour prior to the service at the church. Interment will be at Bear Lake Cemetery at a later date.

Joy Marie Hall was born on November 26, 1919, to William and Beatrice (Mathison) Hall in Albert Lea. She grew up in Albert Lea and graduated from Albert Lea High School in 1937. Her family attended the Salvation Army Church and Salem Lutheran Church but, when Joy was a very young age, they transferred to and became members of First Lutheran Church. Joy was very active at First Lutheran over the years having taught Sunday School, having played the piano for programs, and having been the president of the Women’s group.

On November 22, 1941, Joy was united in marriage to Lawrence A. White at First Lutheran. The couple raised two sons, Larry and Bob. Joy had a big heart. She loved her family, her friends, and her neighbors. Joy enjoyed music and often played the piano at family gatherings. She was a great hostess and enjoyed visiting with people wherever she went. She was also an amazing seamstress! She sewed many costumes and outfits for friends and family. Most of all, she was a woman of faith. She was a faithful prayer warrior and put much importance on her daily devotions.

In the late 1960s, Joy worked at the Woolworth Diner and was a hostess at the Skyline Supper Club. In their retirement years, both Joy and Lawrence enjoyed going to McDonalds! She was such a beloved customer there that they named a burger after her. The “Joy Burger” was quite plain---just the way she liked it.

Joy was preceded in death by her parents; brothers, Stanley and Pershing Hall; sisters, Dorothy Waltz and Synola Payne; her husband, Lawrence, and infant son, David Paul in 1950.

Memorials suggested to 1st Lutheran Church Peace and Power which she enjoyed very much.

To order memorial trees or send flowers to the family in memory of Joy Marie White, please visit our flower store.